Nashville and Maryland Adventures - Erin's Inside Job Skip to content

This post is coming to you on Tuesday because a) there was A LOT to cover and b) we didn’t get back on Sunday until almost 10 pm. This weekend was such a great time and I will try to keep the words to a minimum since there are so many photos to share with you!

Thursday and Friday were spent in Nashville so that I could attend and speak at the Mental Health Marketing conference. Thursday was spent there and we used Friday to explore the city and eat all the food.

Our first stop after landing was a place called The Perch, which served both sweet and savory crepes (among other dishes). It was within walking distance of the conference (we didn’t rent a car) and got some pretty good reviews on Yelp.

I got a savory crepe with turkey, brie, arugula, cranberries, and balsamic drizzle. Two thumbs up. I only wish I had gone back to try some of their others. 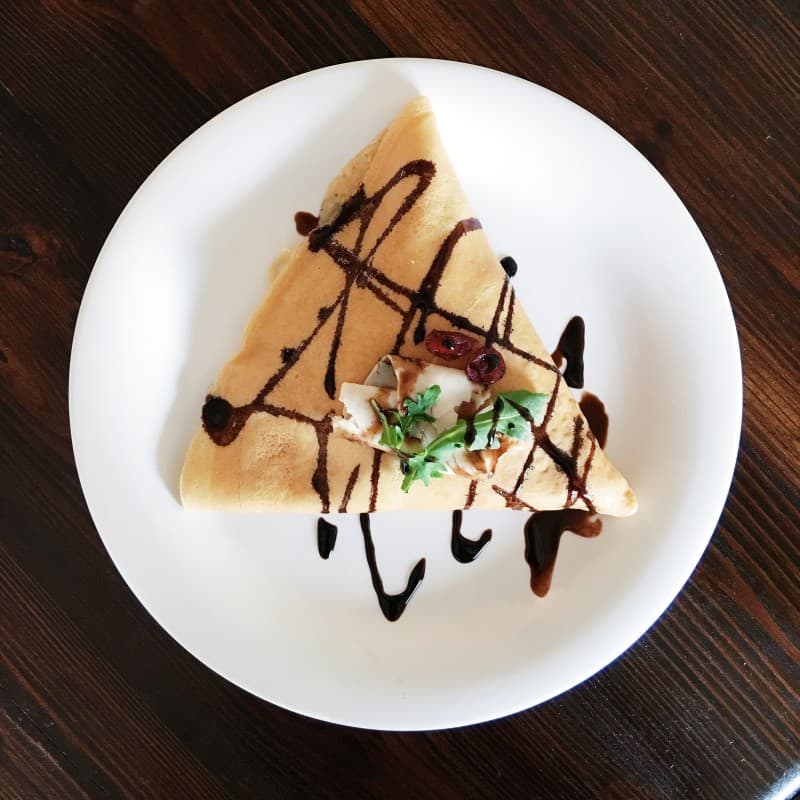 From there, Neil and I walked about half a mile to Lipscomb University, which is where the conference was being held. I didn’t want the entire post to be pictures of food, so here’s an action shot. 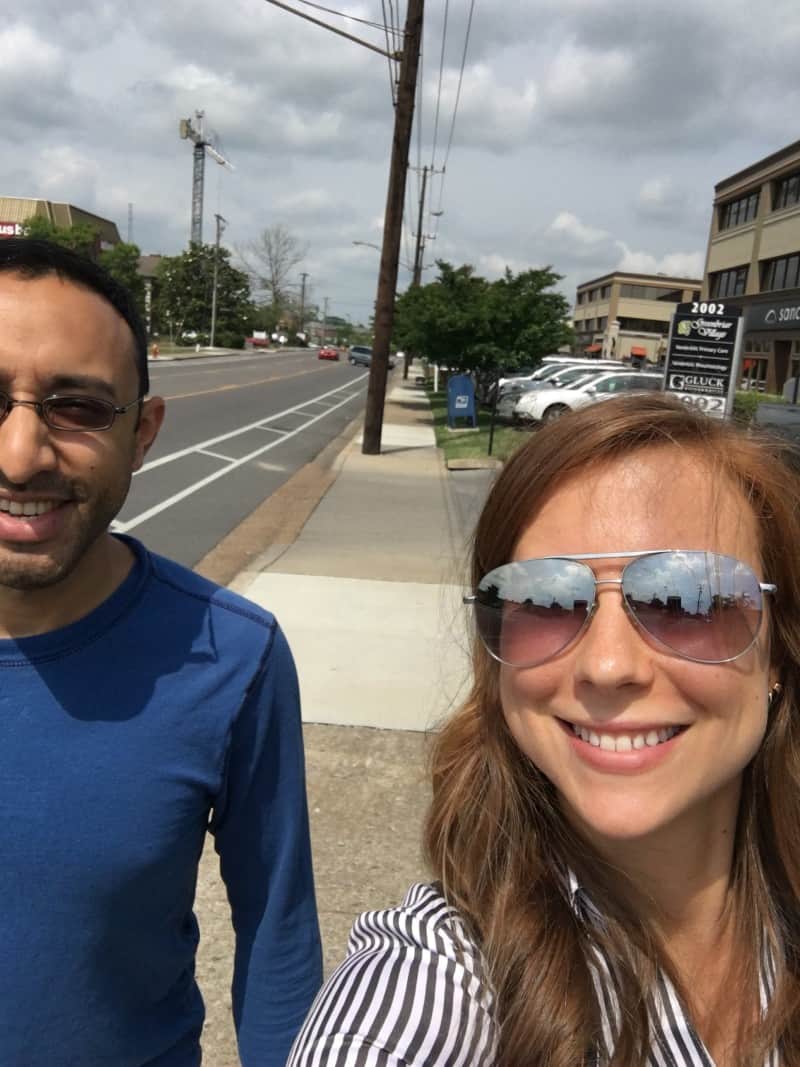 My time presenting was AWESOME. It was great to hear other presenters in the mental health space who were all uniting behind a common desire to spread awareness and help reduce stigma.

My presentation focused on the importance of authenticity and transparency in building an honest brand and growing an engaged audience. I spoke about my experience both personally and professionally and how both of those things were crucial for me to reach others.

A BIG thanks to everyone involved with the conference and if this is a subject you are interested in, I would definitely recommend attending their next conference or getting in touch with MHM to see how you can get involved! 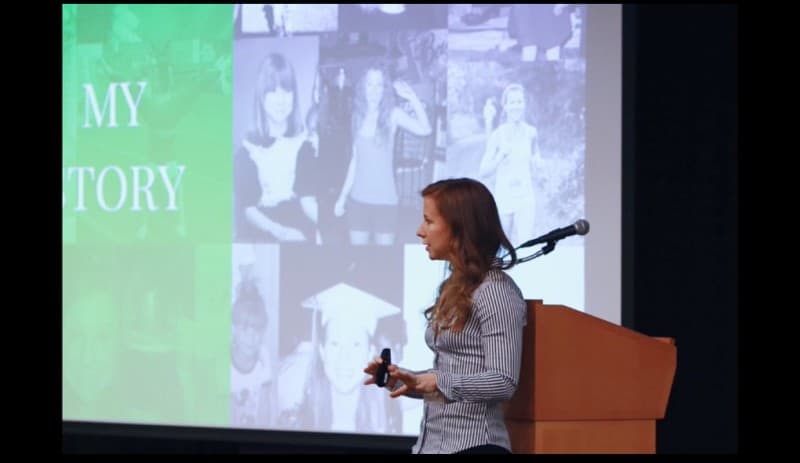 After the conference ended for the day, we headed to our first recommendation — Hattie B’s Hot Chicken.

Sidenote: Thank you to everyone who gave me recommendations. There were so many and I had such limited time to fit everything in. Guess this calls for a return trip! 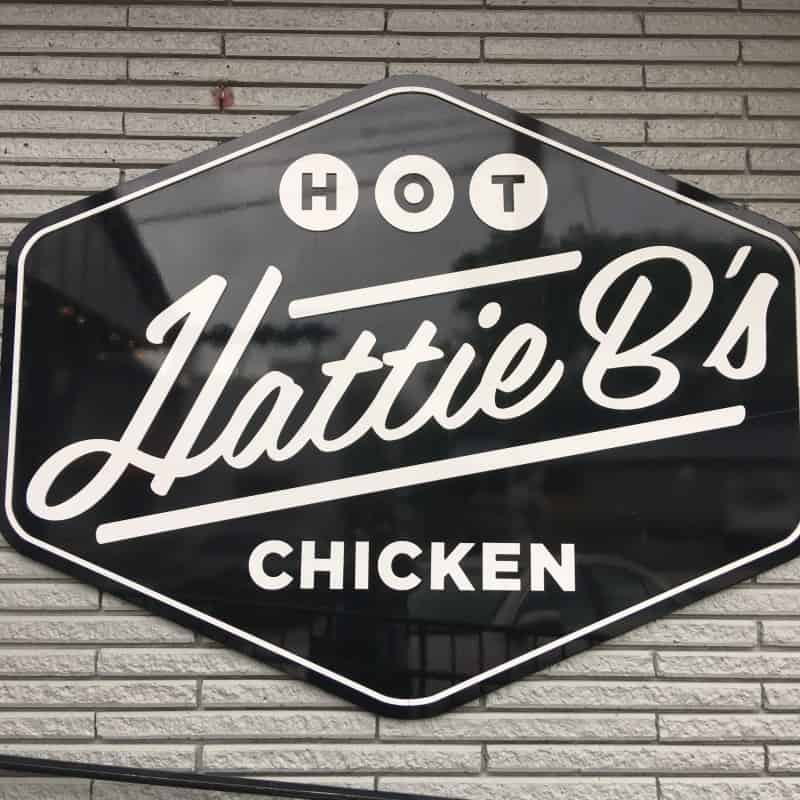 I’m not a huge fried chicken person, but the skin on this was really flavorful and delicious. We only got it medium because my Indian husband can’t handle the heat, but it was just the right amount of spice to make it enjoyable. 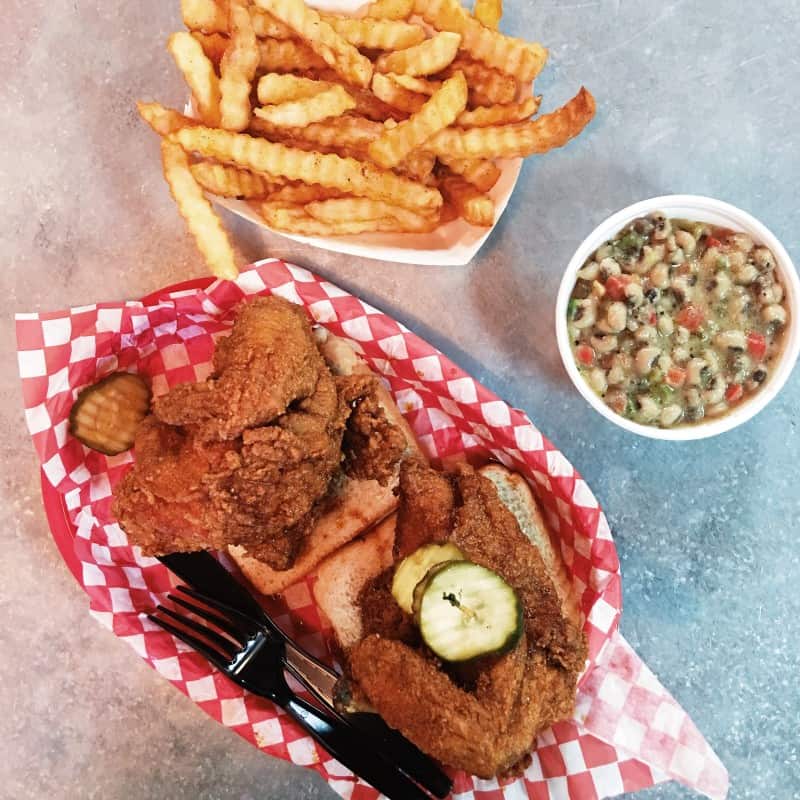 I also saw these which confused me. I don’t know how I feel about them. 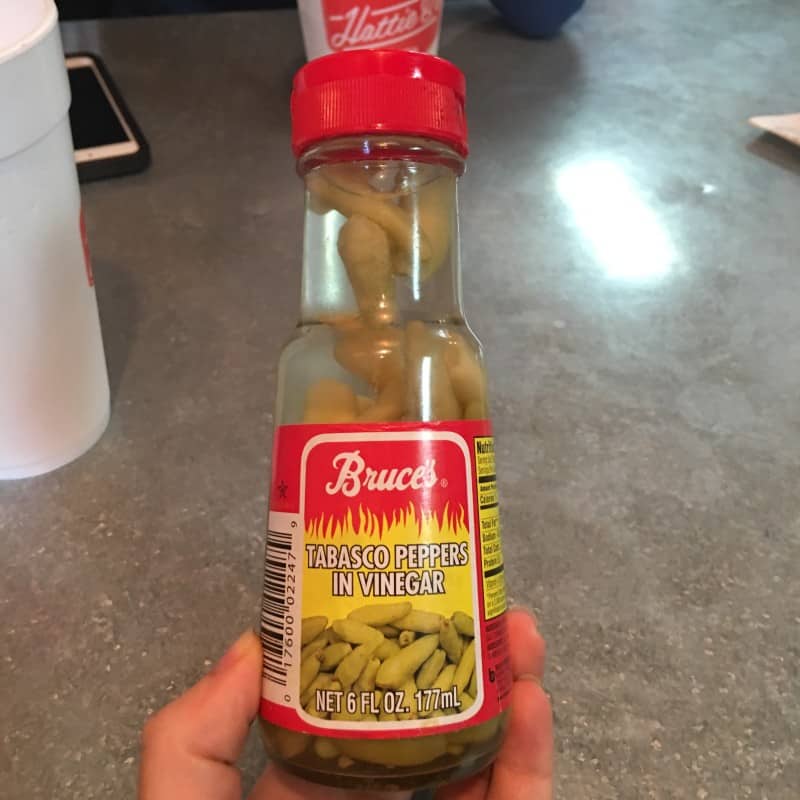 Right next door to chicken was Gigi’s Cupcakes, so of course I needed to stop in. There were a lot of amazing flavors, but I settled on this cookie dough cupcake. It was decent, but nothing too spectacular. I still think I’m spoiled by the cookie dough we have here and what still stands as my favorite dessert so far in the city. 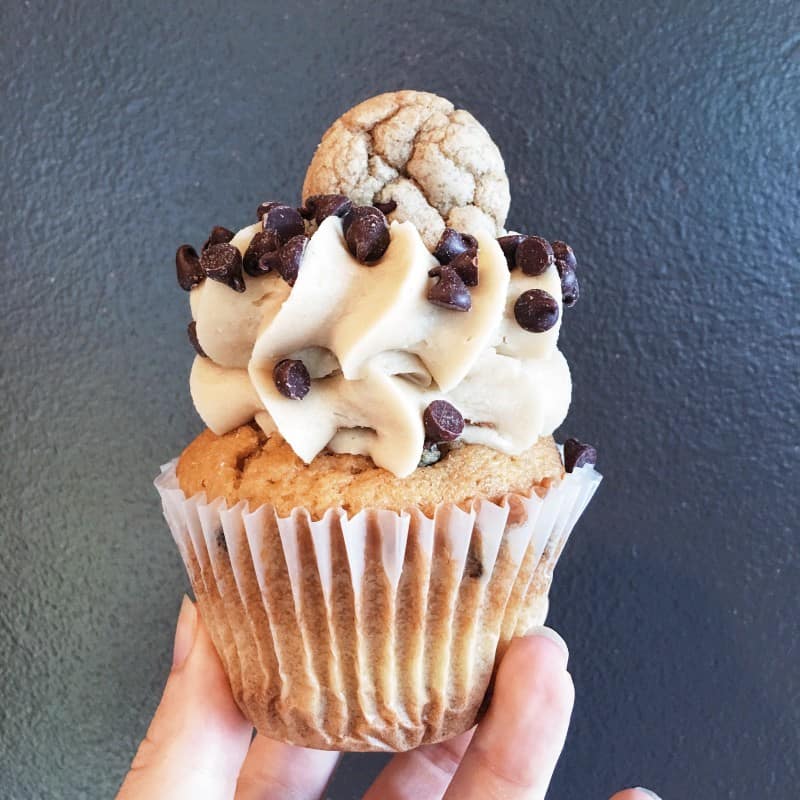 After dinner, we decided to walk to our hotel which was about another 3/4 of a mile away. The weather was nice and we are so used to walking everywhere in the city that we spent a lot of time on foot.

We were staying near Vanderbilt University at the Holiday Inn, which had LOADS of magnolia trees lining the street. There were actually a lot of magnolia trees everywhere which made me very happy if you remember my quest for a magnolia candle (still looking). 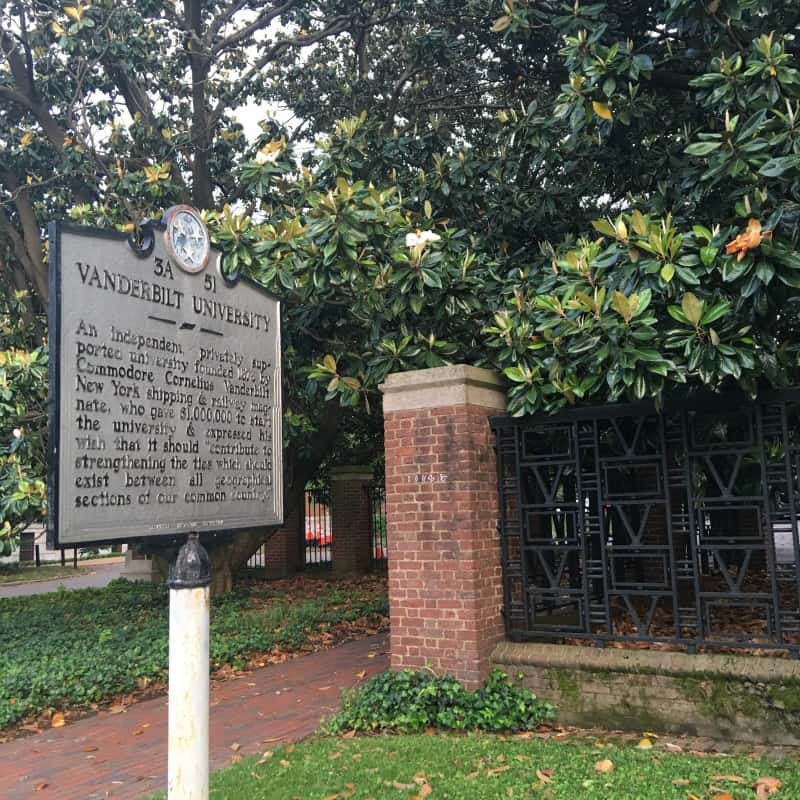 After we checked into our hotel, we headed to the conference networking party for a little bit before heading downtown to meet my friend Claire. We went to high school and I haven’t seen her in YEARS, so it was really nice to catch up. 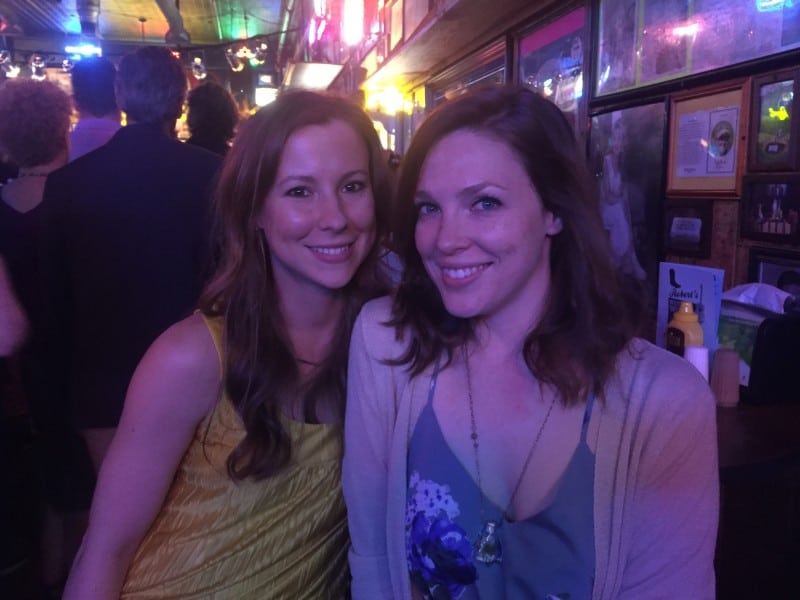 We didn’t stay out too late since we had been up since 5 am to catch our flight, so we headed back and went to sleep.

Friday morning was glorious and I slept in until about 8 am. We had scored free breakfast vouchers when we checked in, so we headed downstairs to grab the buffet which was actually really good. Usually I’m not terribly impressed with hotel breakfast. 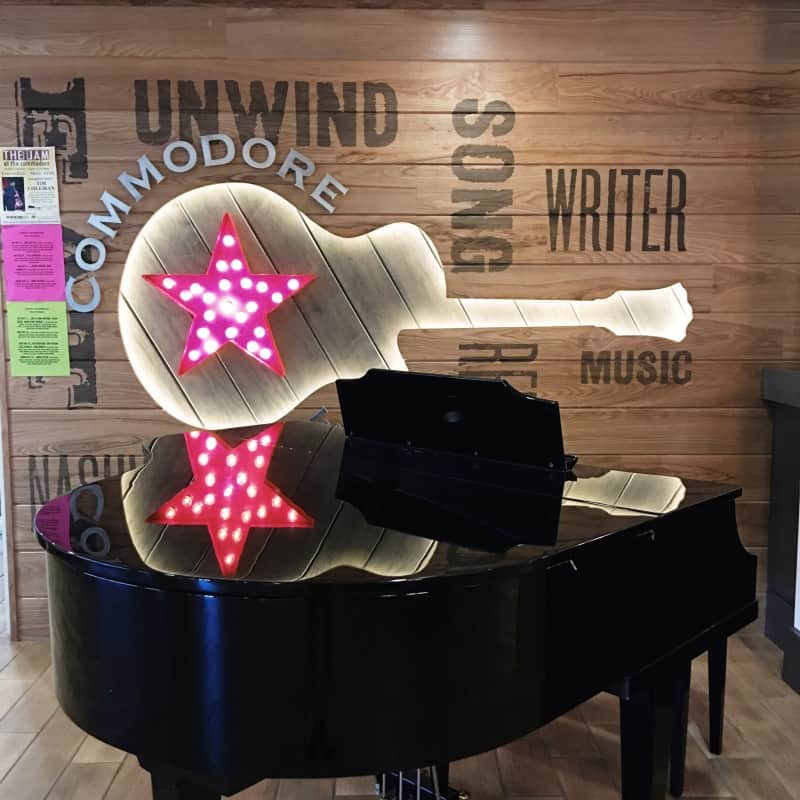 Neil had to finish up some work, so I hung out on the bed for a bit where I proceeded to fall asleep for another 2 hours. Neil made a pillow fort for me and it was way too comfortable so I passed out. This was also one of the best hotel beds I’ve slept in in awhile and I felt like I could stay there all day. 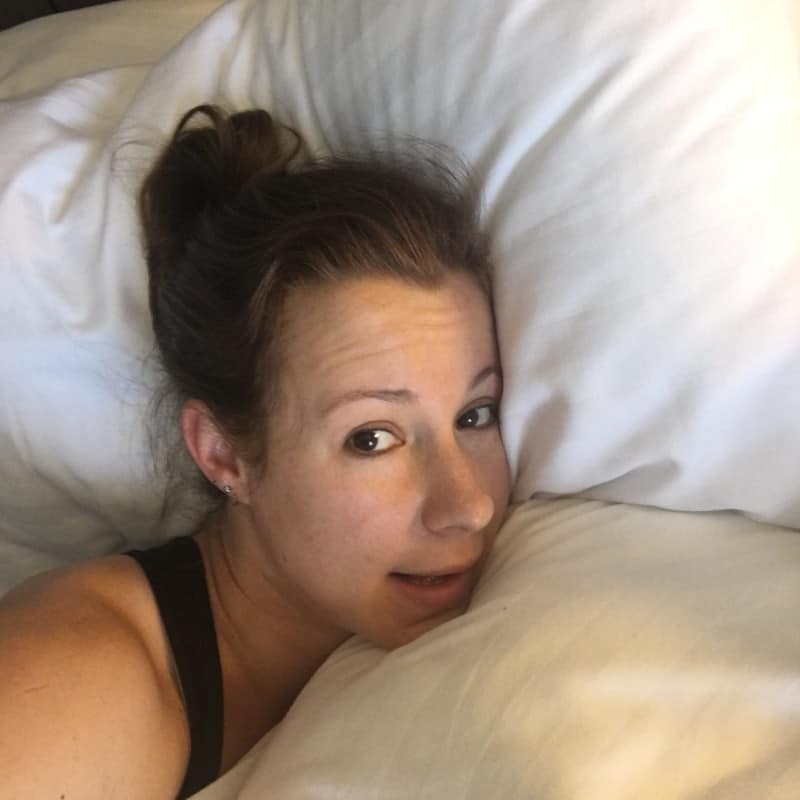 Alas, there were sights to be seen, so I got up and we headed across the street to a full-scale replica of The Parthenon. The weather was absolutely gorgeous and I was so happy I could go out without a jacket. 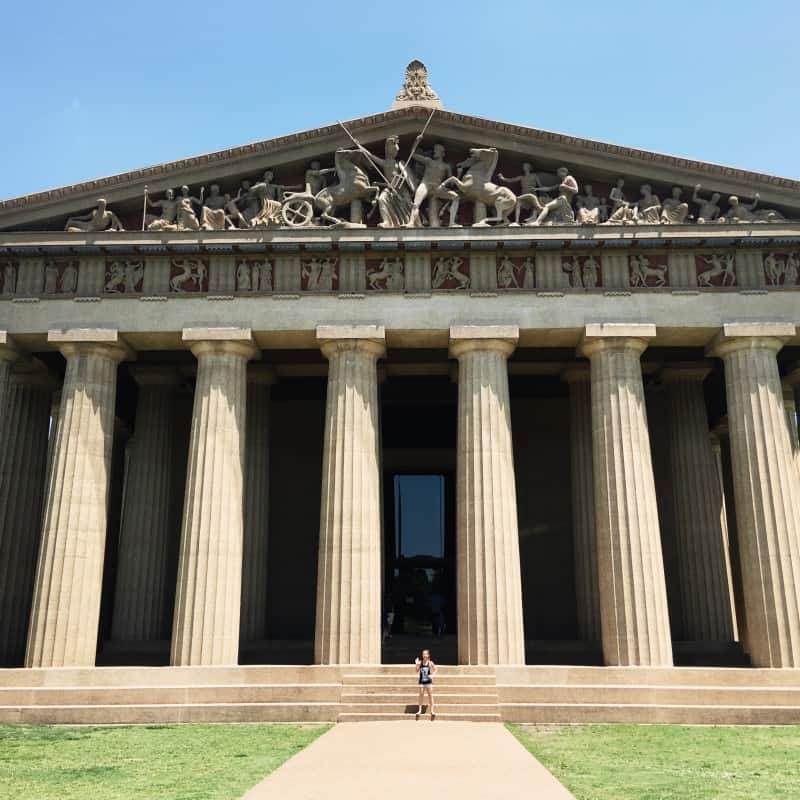 We walked across the street to a walking path that encircled a nice, peaceful lake. 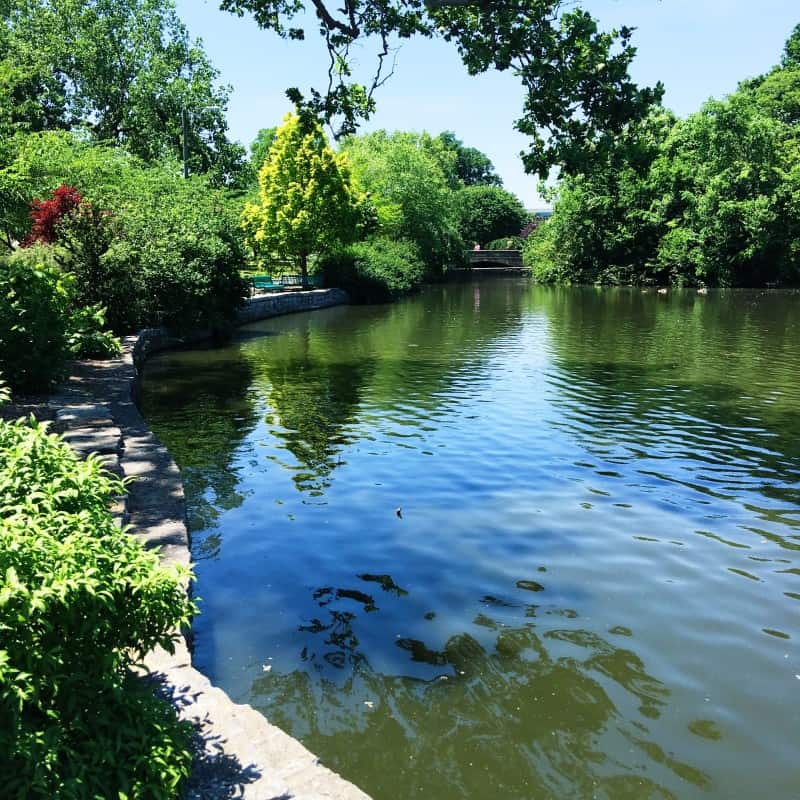 Then we were hungry so we took an Uber to Edley’s BBQ, which came highly recommended from several people. I got a pulled pork sandwich which was REALLY good. 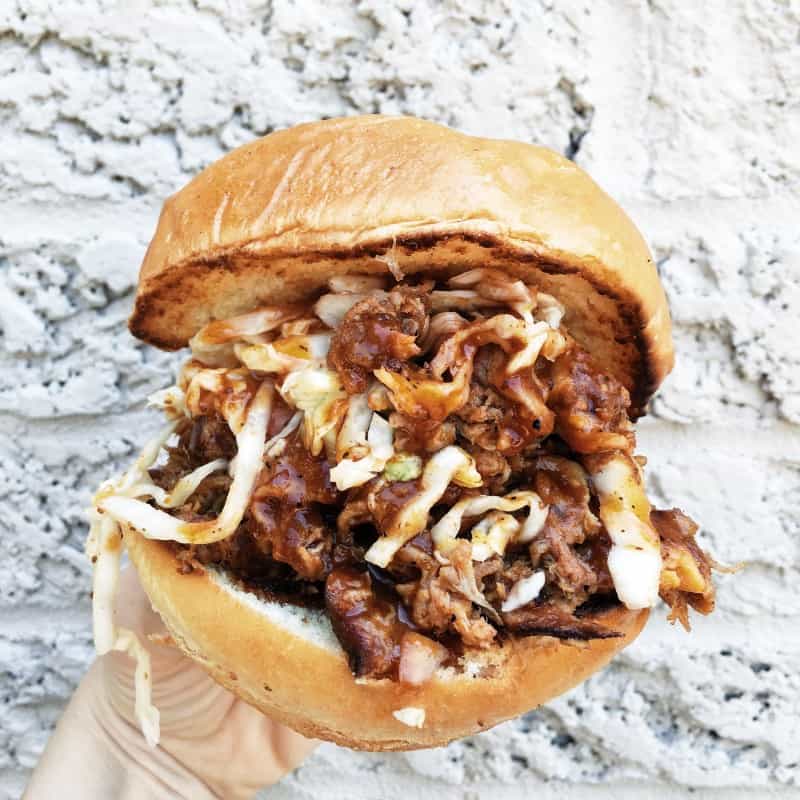 We decided to walk around 12th Street for a bit which has a number of restaurants and shops. I came across this flower truck and thought it was the most precious thing. 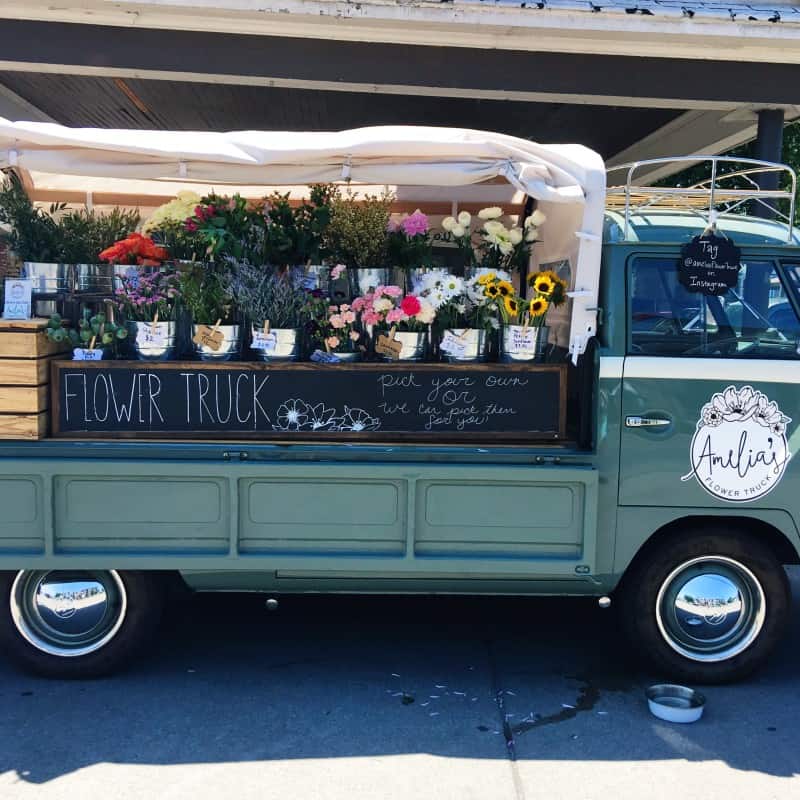 We stopped at a coffee shop called The Frothy Monkey, which had people all over the place when we drove by to get to BBQ. It was the cutest coffee shop and we even headed back the next day. 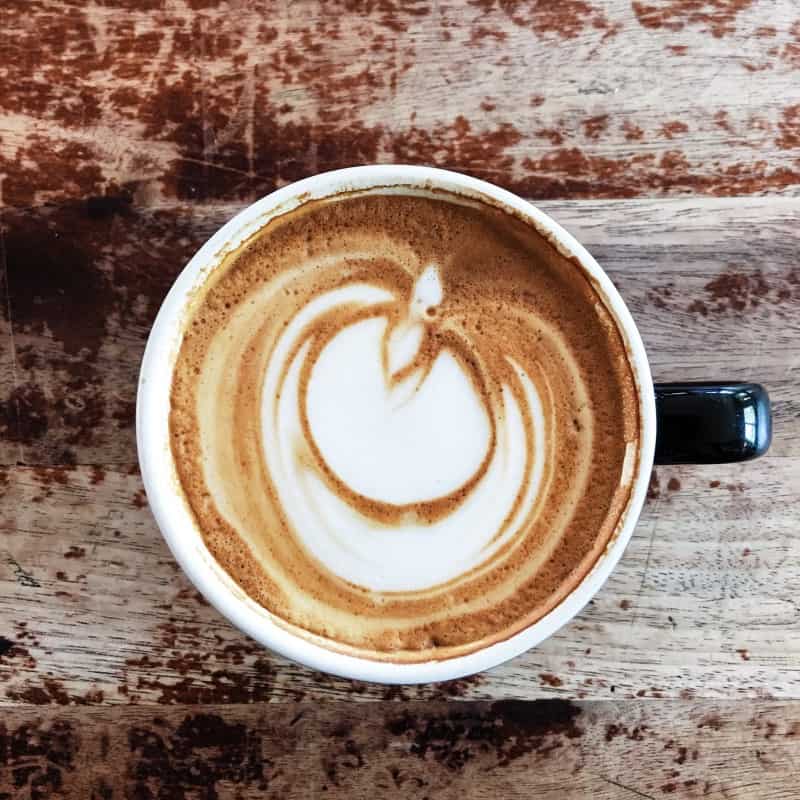 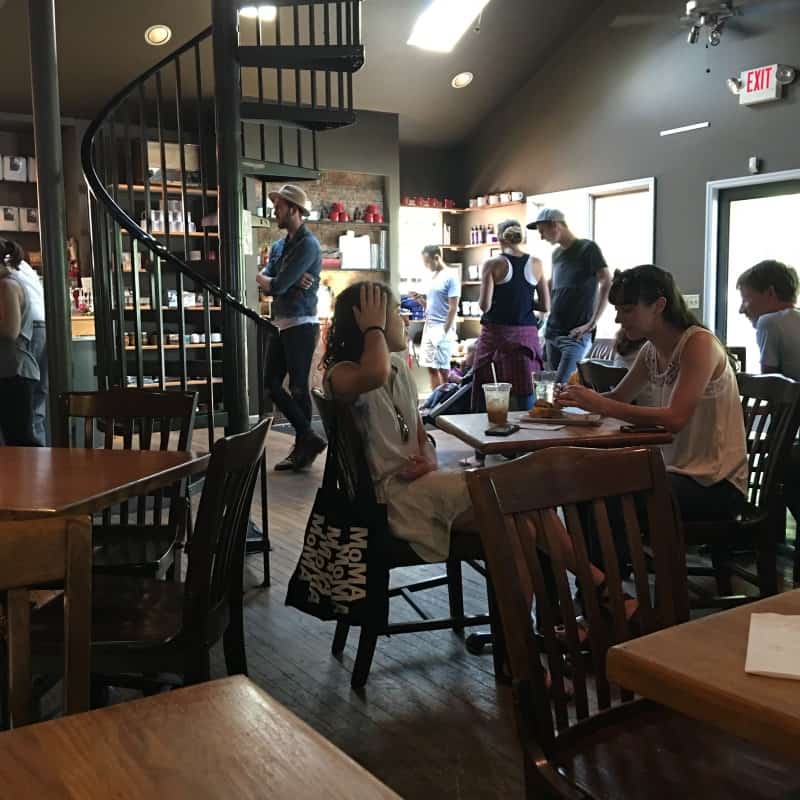 After coffee, we took a car to downtown Nashville to explore some more. Nashville has A LOT of bars. If I was still drinking, I would spend all of my money here and probably end up sleeping in the streets where I’m sure I could get drunk people to give me more alcohol.

There is also live music playing any time of day. We expected it when we had been the night before, but it was also going in the afternoon when we made our way down to Broadway. Interestingly, so was all the drinking. 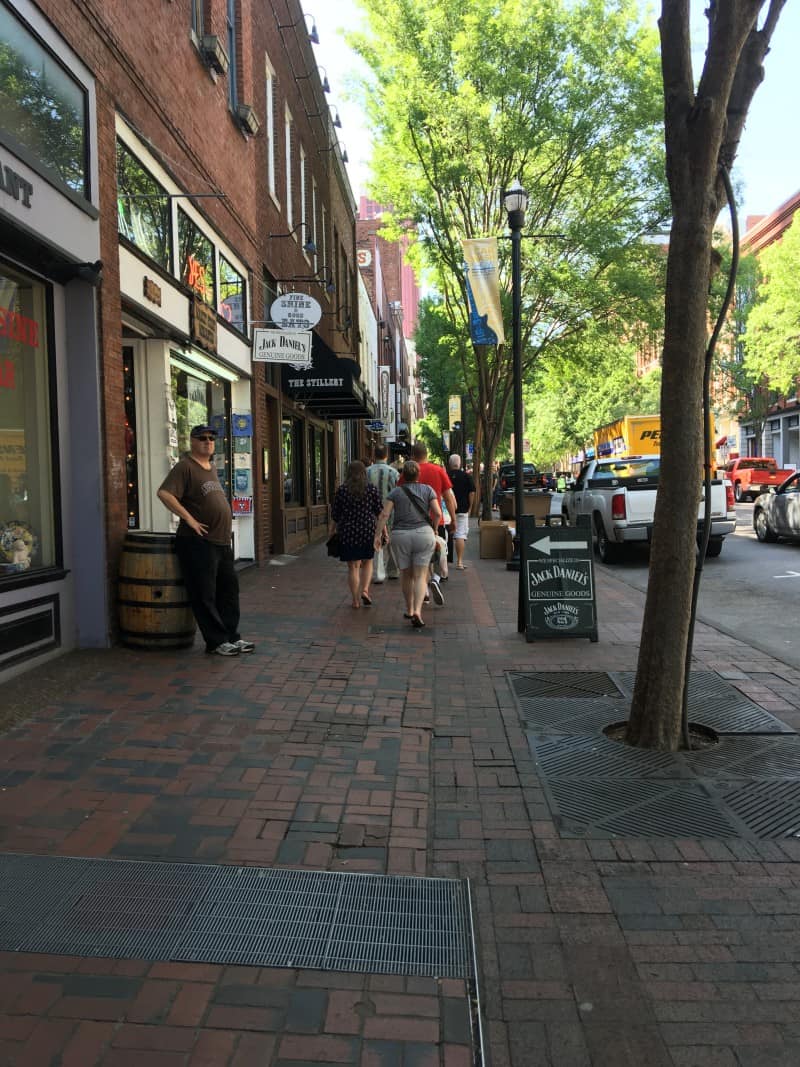 We checked out the Korean War Veterans Memorial Bridge, which is a pedestrian bridge that spans the Cumberland River. The view of the city was really nice and I loved all the green! 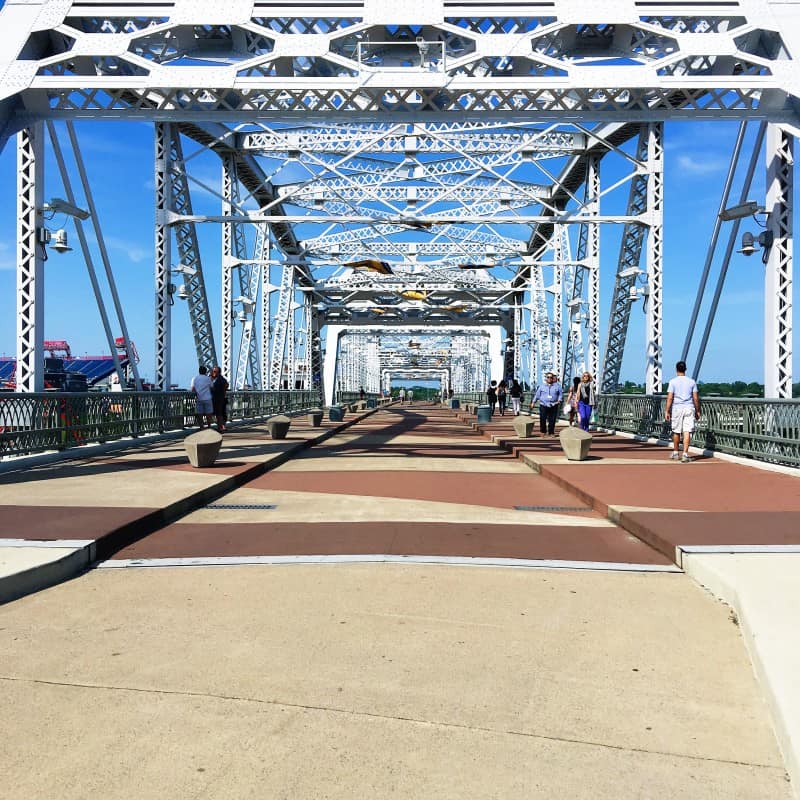 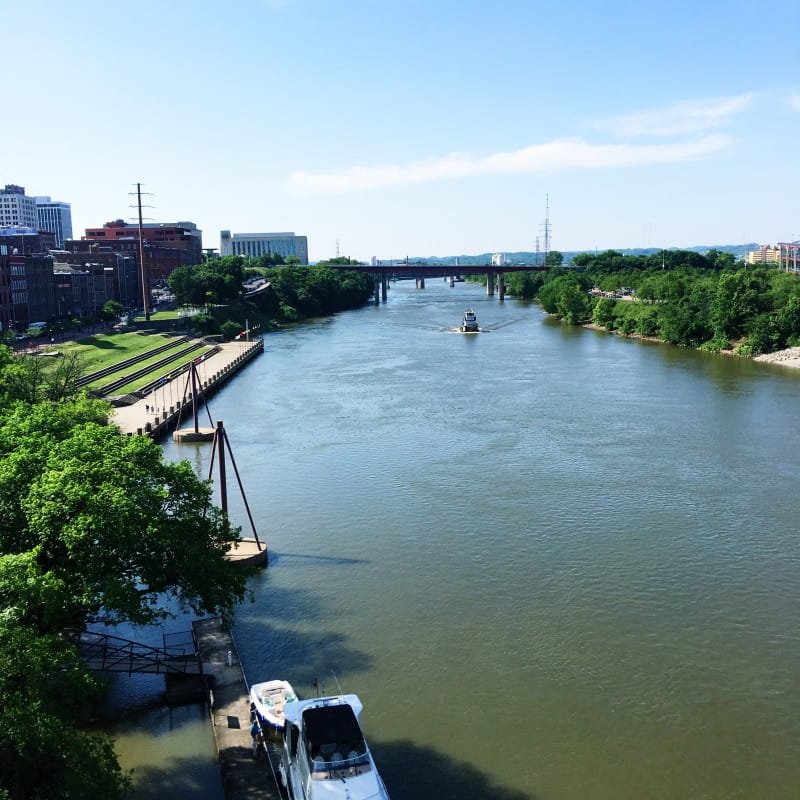 I also found this which confused me. 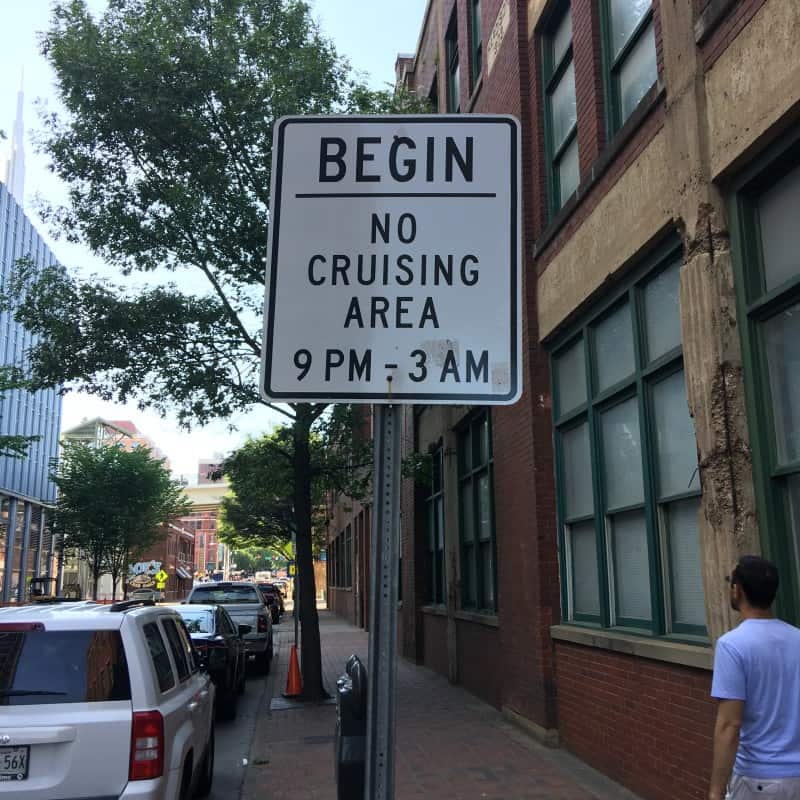 We walked across the bridge and stumbled on a classic car show where they were also racing. You could watch the course from the bridge, so we did that for awhile and felt like we fit in.

We walked a pretty good deal until we got to The Pharmacy, another one on my list of recommendations. I got their cheeseburger which came with garlic aioli and I also added on some pesto because I can’t live without it. I wasn’t sure how I felt about the bun, but the burger was very satisfying. 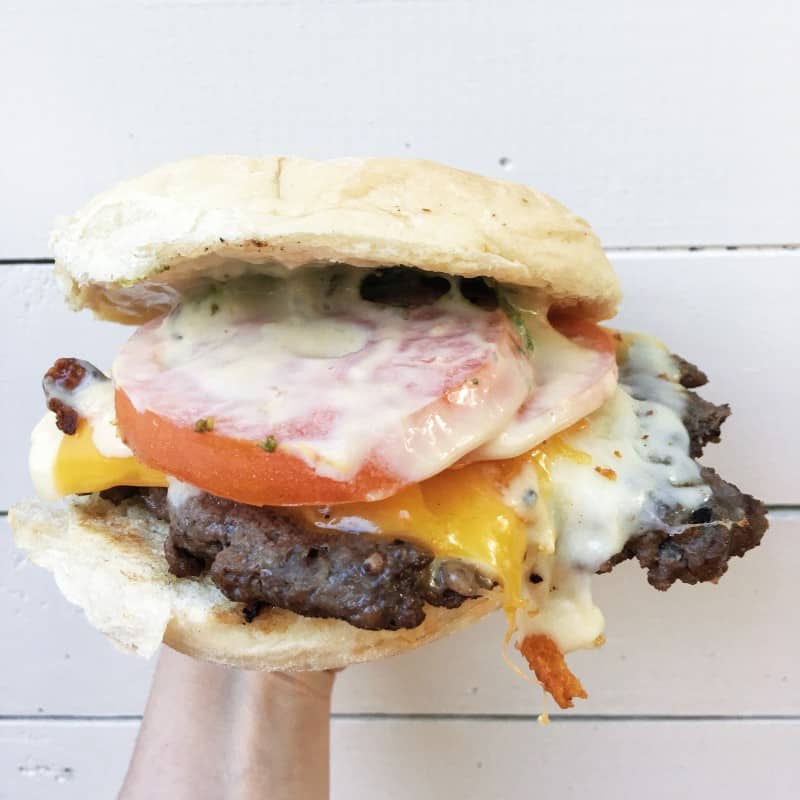 After dinner, we headed back to the hotel and watched TV before passing out. All the sun and the walking really took a toll!

Saturday morning we had to catch a flight to MD, so we stopped back at The Frothy Monkey since I discovered they also have food. I got a breakfast bagel and a rosemary honey latte which tasted a lot like honey but not as much rosemary. I’m not even sure how that would have tasted, but I was intrigued. 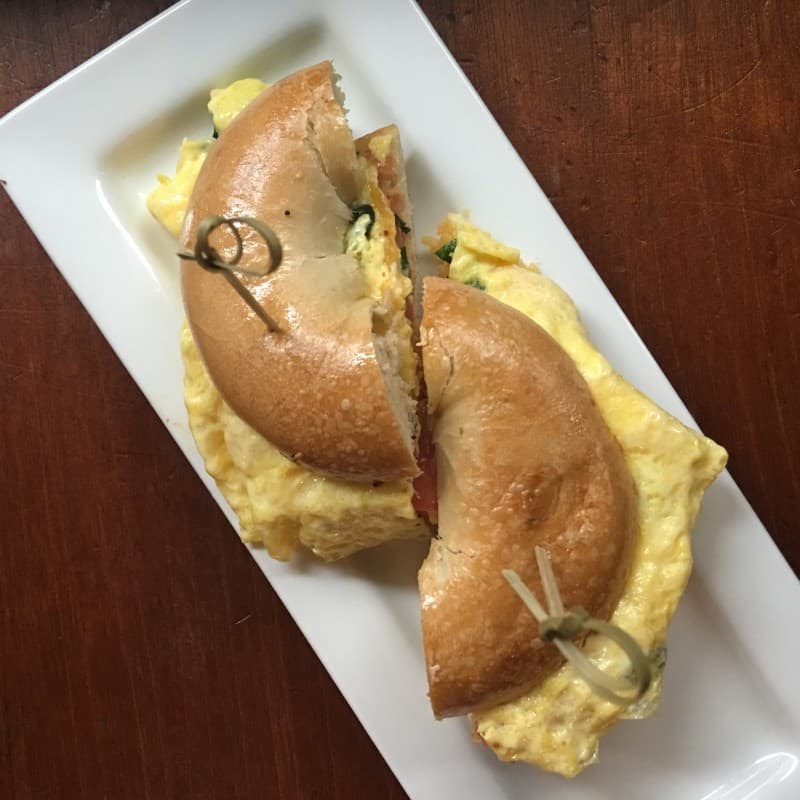 We left Nashville and landed in MD in the early afternoon. We made a stop at a friend’s house to catch up and eat delicious Annie’s mac and cheese and veggies, then headed to Neil’s parent’s house for the weekend. It was their 50th wedding anniversary yesterday so we wanted to stop in and visit.

There’s never a shortage of food in this household. Look at those fancy dates stuffed with walnuts and covered in cinnamon and sugar! 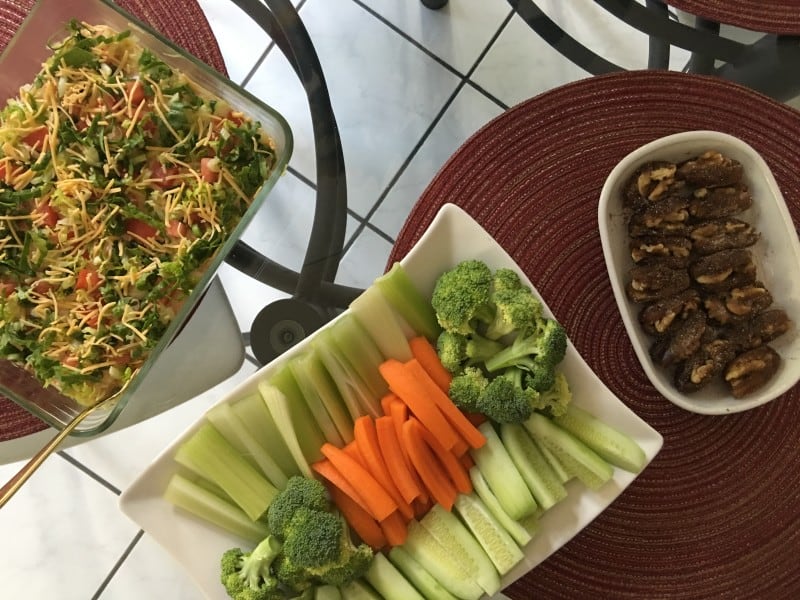 We spent the weekend hanging out and talking while I took my obligatory nap on Sunday afternoon. After that, I spent time showing Neil’s parents how to use Instagram. BAM. Two more followers. 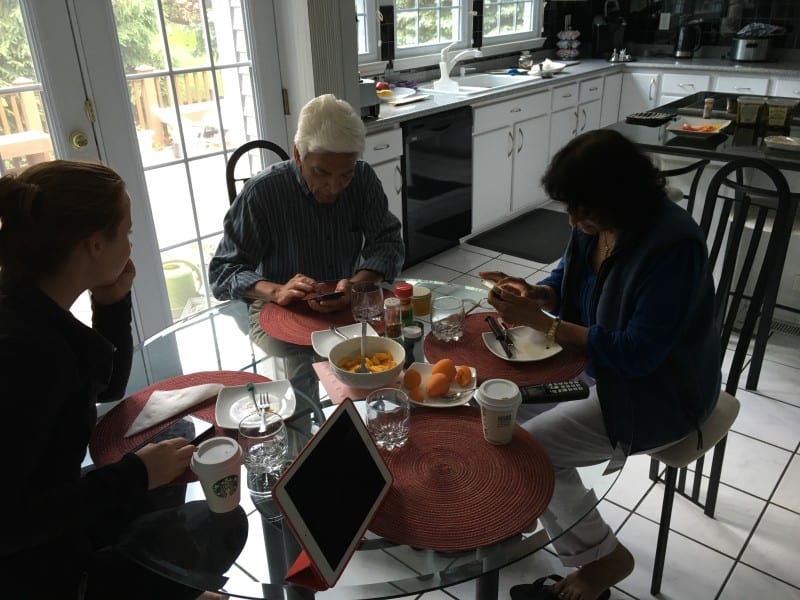 We also worked on our planks. Neil’s dad informed me that he could easily do this for 30 minutes and that he would try bringing a book to keep on the floor in front of him to read, but he quickly took those words back after 1 minute and 50 seconds. 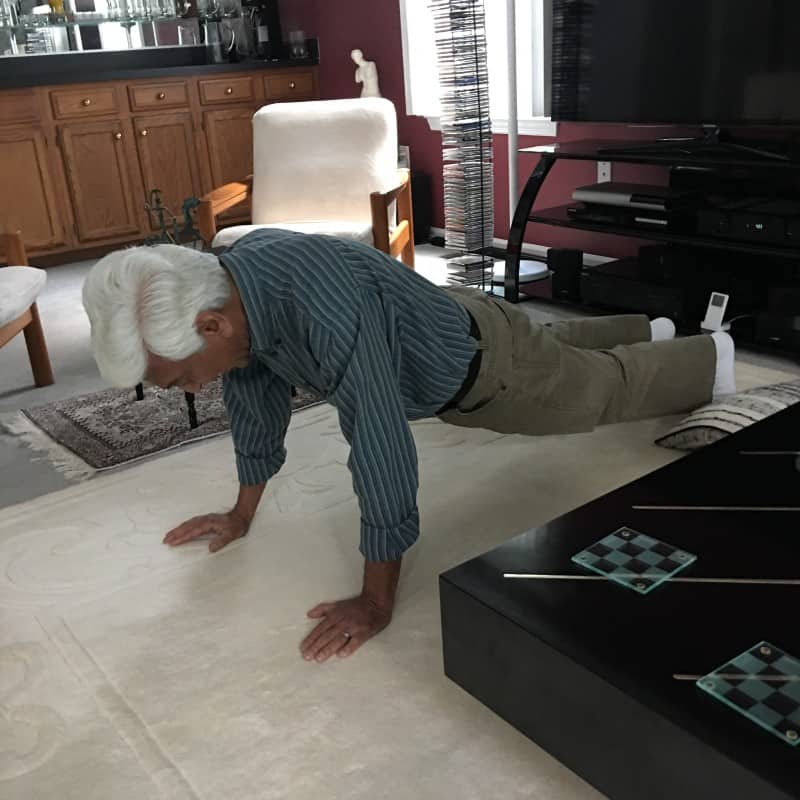 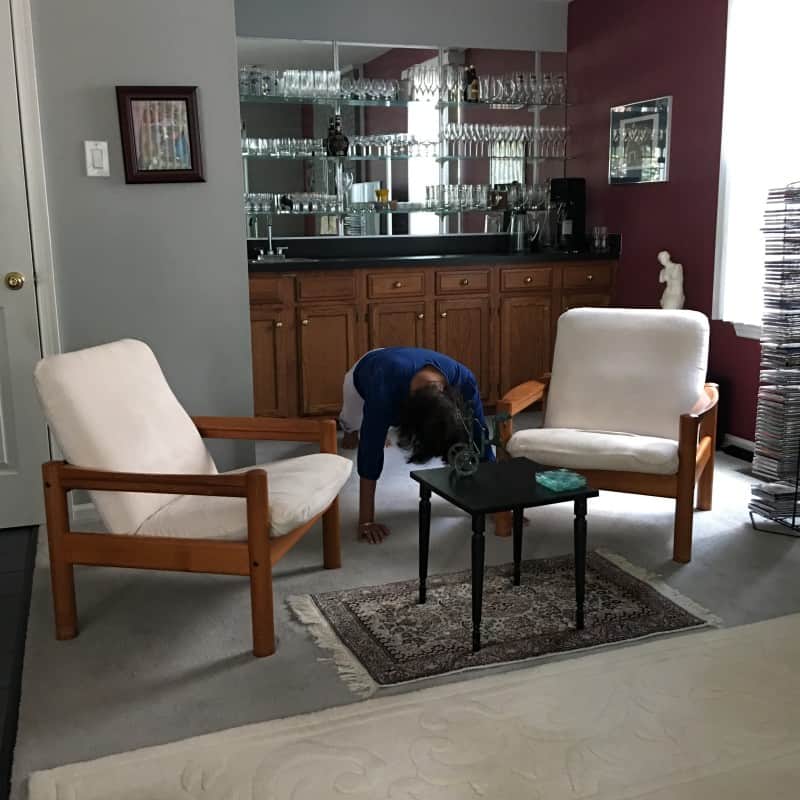 My mother in law makes food nonstop, so the weekend was no exception. I woke up from my nap to this marvelous homemade veggie pizza of which I ate 4 slices. 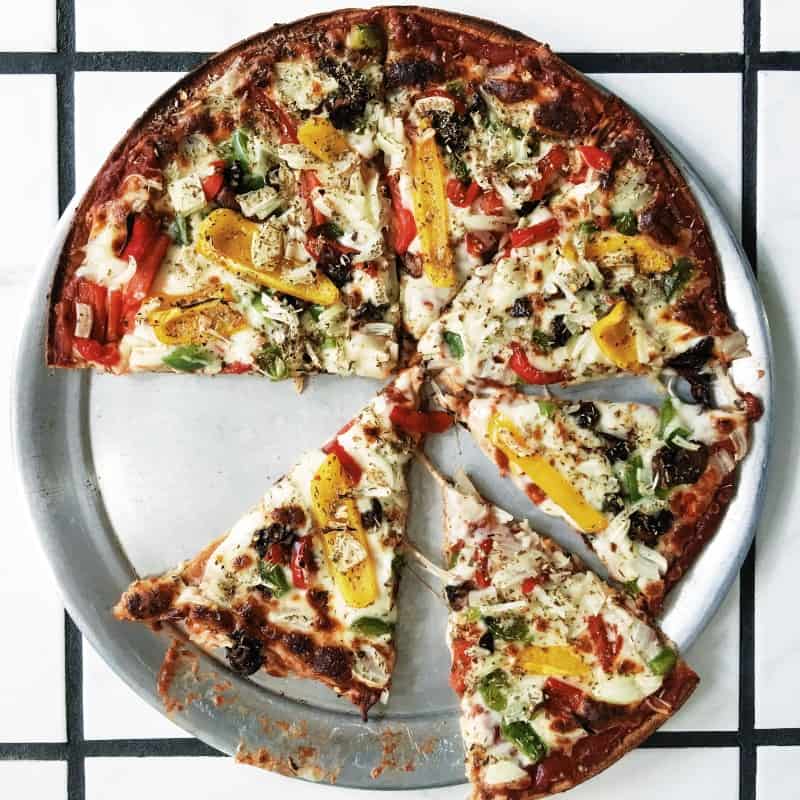 Our flight was Sunday evening and we headed back to Chicago. It was an awesome four days, but it really felt great to be back in the city.

And that’s a wrap! Hope you all had an amazing weekend!

24 comments on “Nashville and Maryland Adventures”