Last week and part of the weekend I spent in Indianapolis for this year’s Fitbloggin’ conference. All my travel is finally done for July and I can settle back into a normal work schedule. Wait, is that a good thing?

I have a special place in my heart for Fitbloggin’. It’s the first conference I ever went to and where I met people like Katy, Lindsay, and Monica. I made new friends that I still have to this day and it showed me how incredible the blogging world and community could be. Flashback:

This year was a different experience, but I still had a good time reconnecting with old and meeting new people. As I mentioned last week, I’m planning a more comprehensive post about what I took away from both Fitbloggin’ and Blogfest, so here is a quicker recap before that happens. 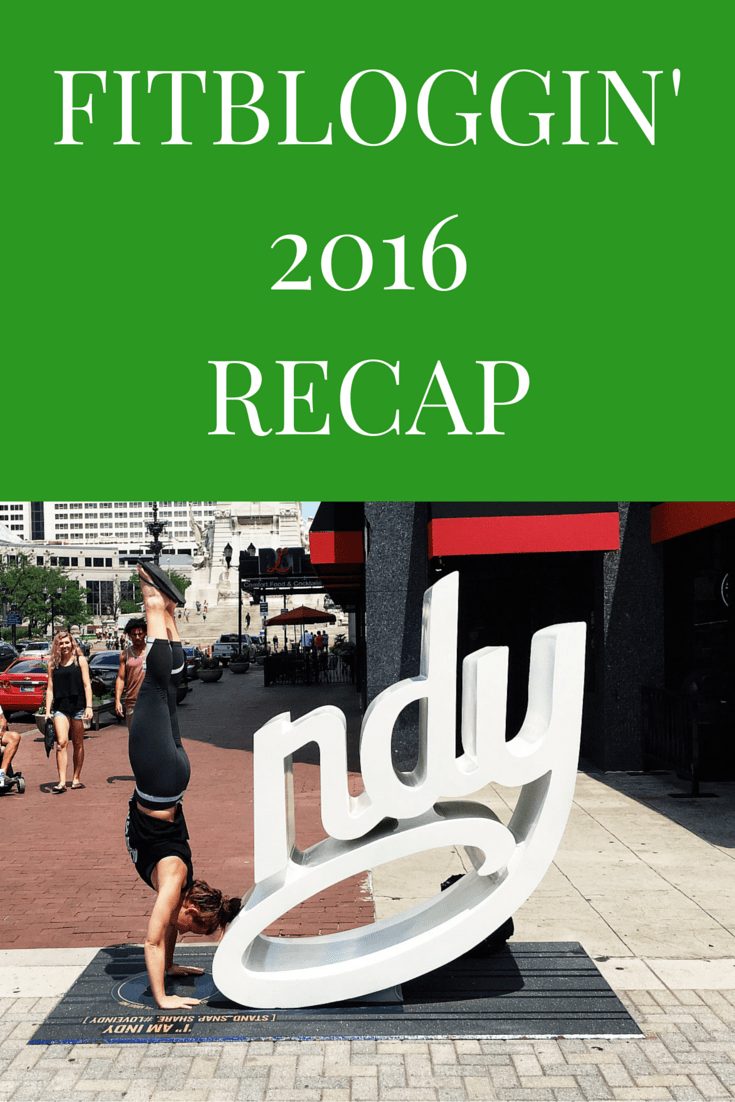 Fitbloggin’ has been around since 2010 and from that day a close, yet welcoming group of people have shown up year after year. After last year’s conference (which I had to miss), it was sold to a company that specializes in putting on large conferences. This was the inaugural year of that transition.

It was held at the Indianapolis Marriott Downtown and the main conference days were Thursday and Friday. 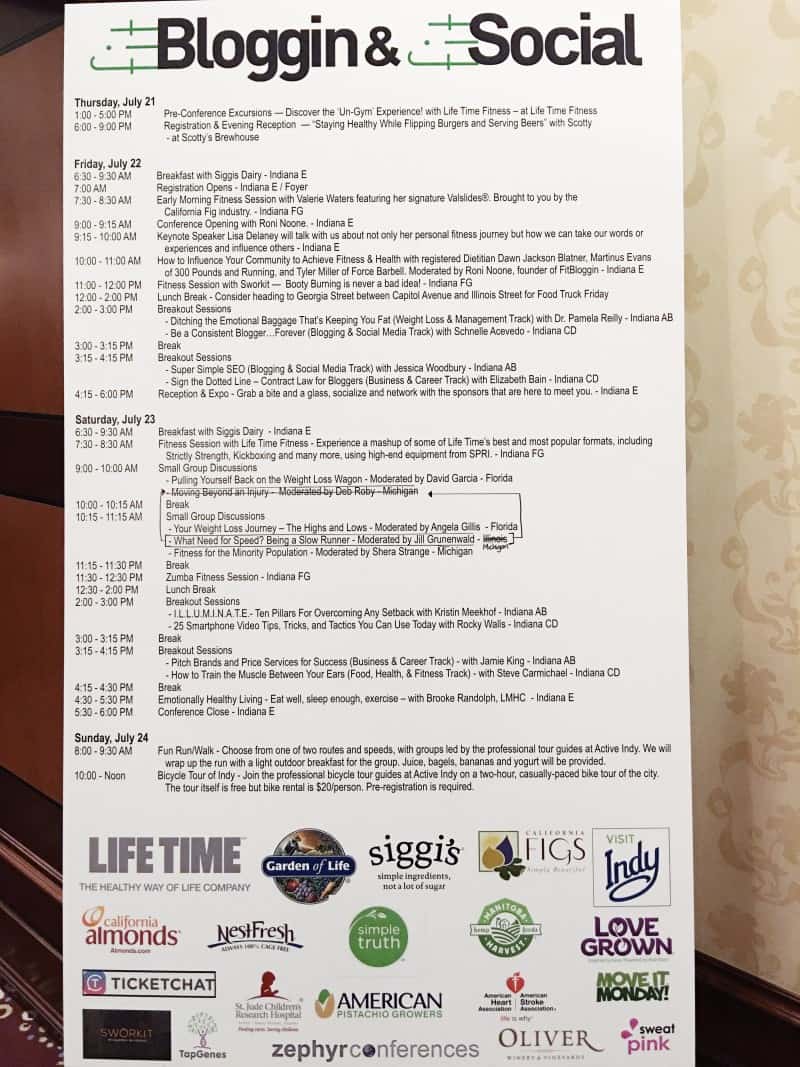 I arrived Thursday evening, checked in and hung out with my friend/roomate Beth, and then we headed to pre-conference dinner at a place called Scotty’s Brewhouse. We had appetizers but also ordered dinner since we were super hungry. THIS WAS THE MOST AMAZING SANDWICH. Yes, they had some healthy options, but you know me. Moderation.

It was at dinner that we found out that many attendees (and even speakers) who had registered weren’t able to come because of the mess with Southwest and their system crashing. This brought the total number of people to around 80 instead of the 100+ that were expected. 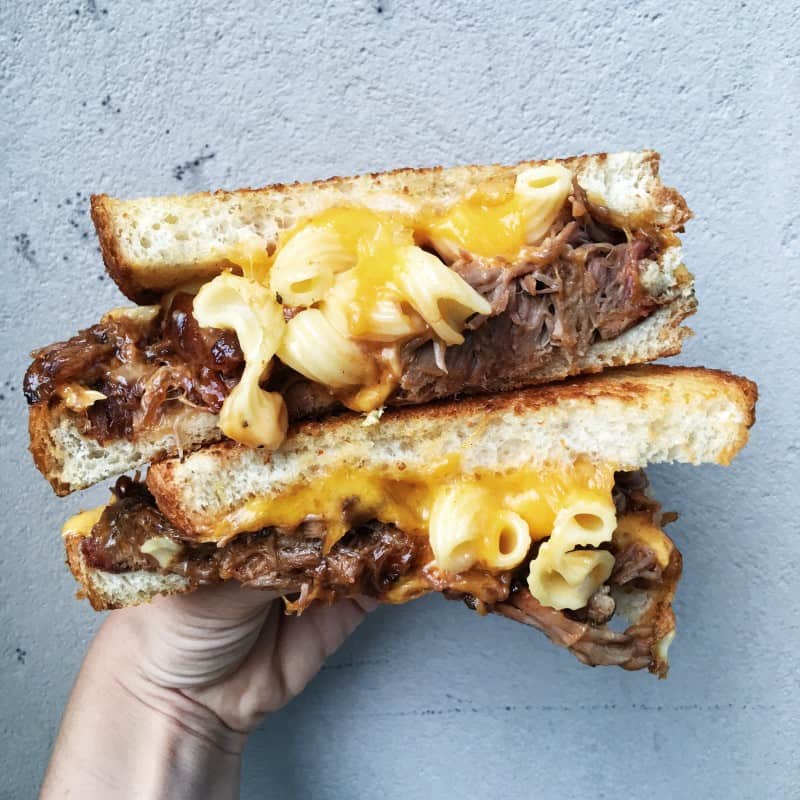 I connected with Jill, Shelley, and got to see Angela again (seriously, her story is AWESOME). After dinner, we headed to find dessert (I’m sure you have no idea who instigated that). I grabbed some ice cream, we had some good conversation, and then headed back for the night since we had an early morning.

I got to have some more delicious Siggi’s for breakfast since they sponsored breakfast both days, then we had a workout with Valerie Waters, a celebrity trainer. We used a lot of body weight and sliders and it was a good way to wake me up in the morning!

There were a couple sessions in the morning and then we went for workout number two using Sworkit, an app that allows you to program your own workouts by choosing certain moves and adding them to a playlist or choosing from preprogrammed ones. The video shows the movement so you’re able to see what you should be doing.

I saw the potential, but I’m not sure that the person teaching the workout was certified as there were no cues to proper positioning throughout and we were just supposed to reference the screen. Some of the moves demonstrated in the app itself also didn’t seem to be with the best form, which made me a little nervous for people who may use this and are just starting out.

After the workout came lunch. The schedule suggested checking out the food truck festival, but unfortunately the link took us to a parking lot. I checked their Facebook page which showed another address, but after we walked another 20 min to that one, no luck. By this point we had walked in the hot humidity for an hour, so we went to the first place we found, Bru Burger. Best decision ever. 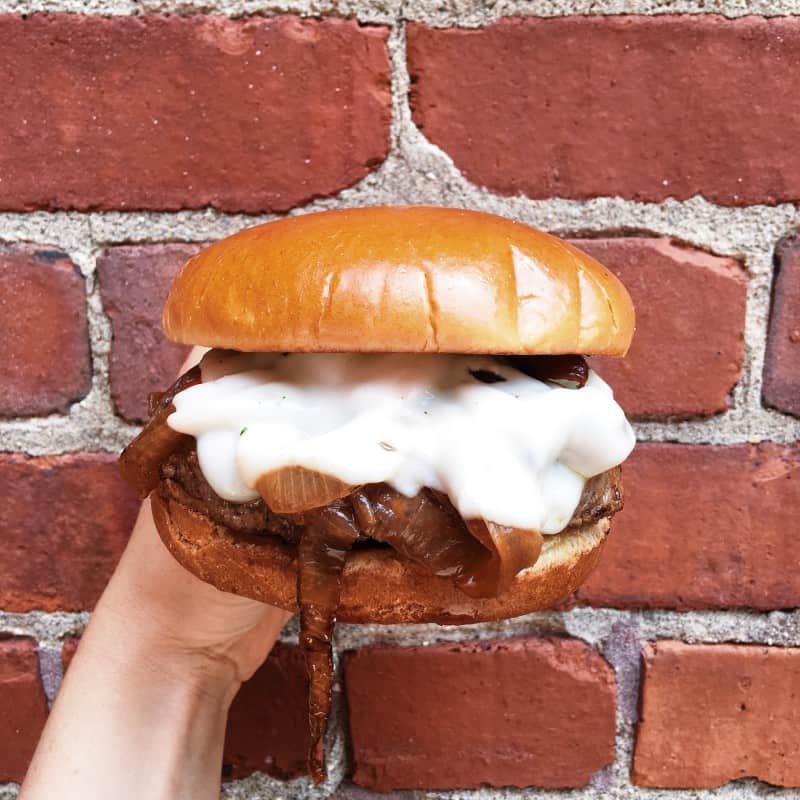 We made it back shortly after the afternoon sessions started and stayed until the expo in the evening, which allowed us to connect with some of the sponsors and mingle with other attendees. Jill, Beth, and I met up with Jamie, Liz, and Nicci for a Sweat Pink dinner at Public Greens. I got a BBQ beet salad since my body was craving some greens and veggies after the past couple days.

Conveniently, right next door was Brics, which had the most delicious ice cream. 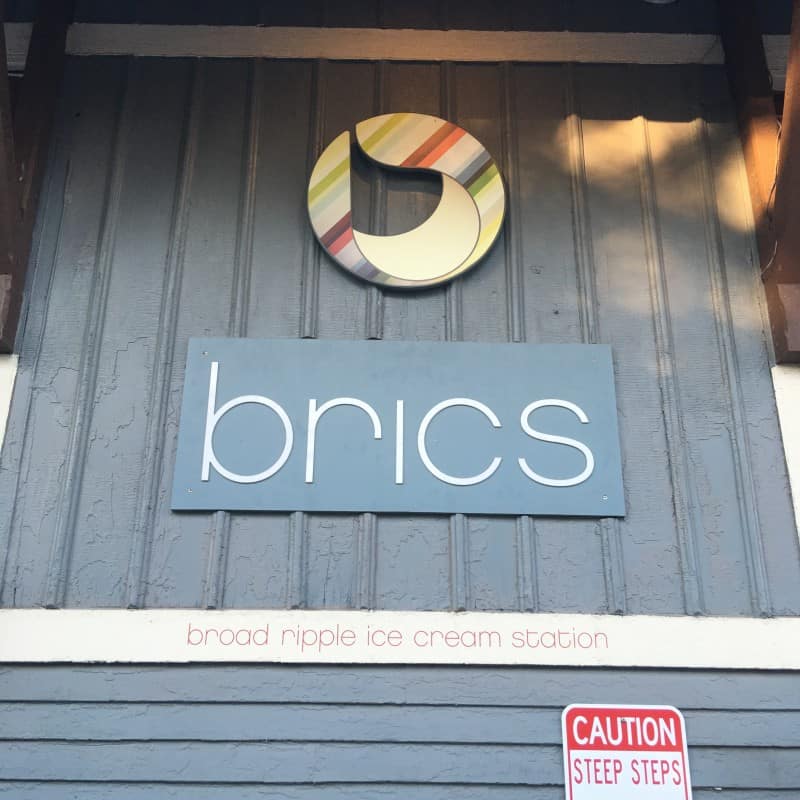 When I asked for two scoops, I was told that my cone would contain approximately a pint of ice cream, so I quickly brought it down to one. These people are serious. 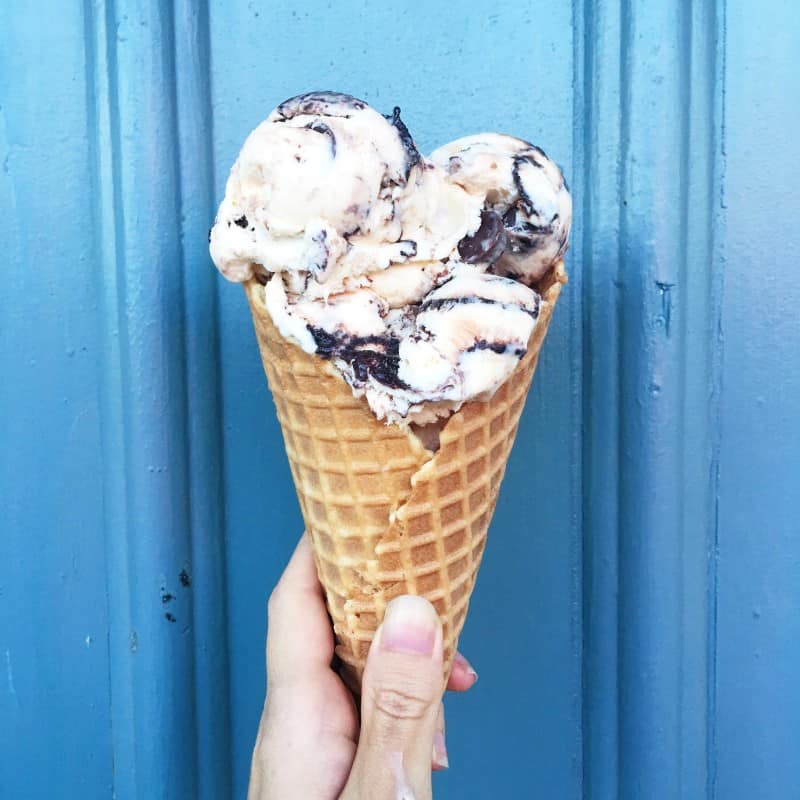 I also partook in my crazy dog fever and played with a stranger’s dog who then took my picture for me. 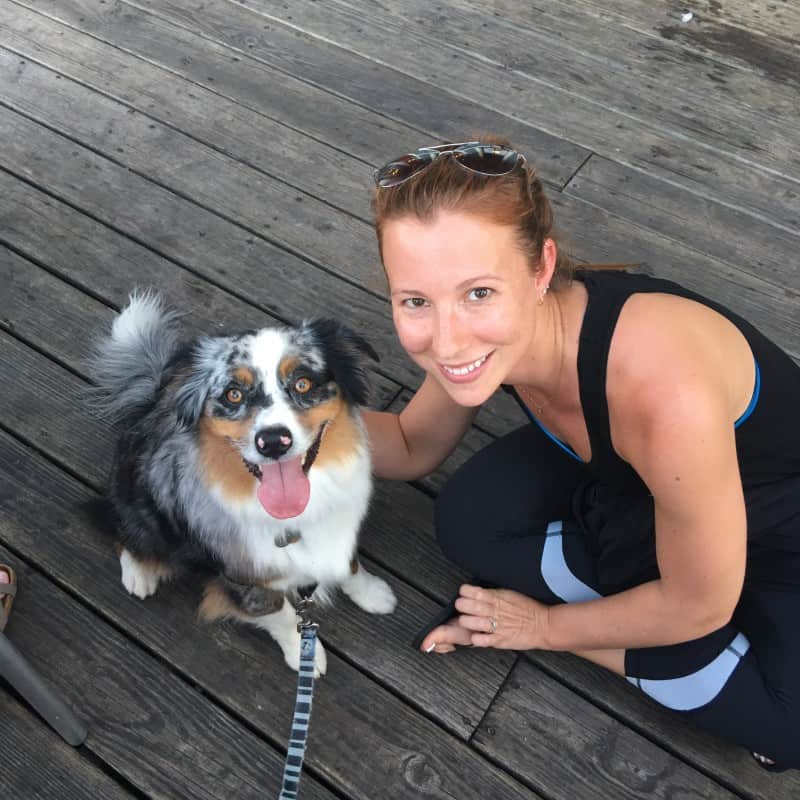 Rather than throw a million pictures into this post, I compiled all my people shots into one. So great to hang out with everyone! And yes, I wear that shirt everywhere because I love it so much. 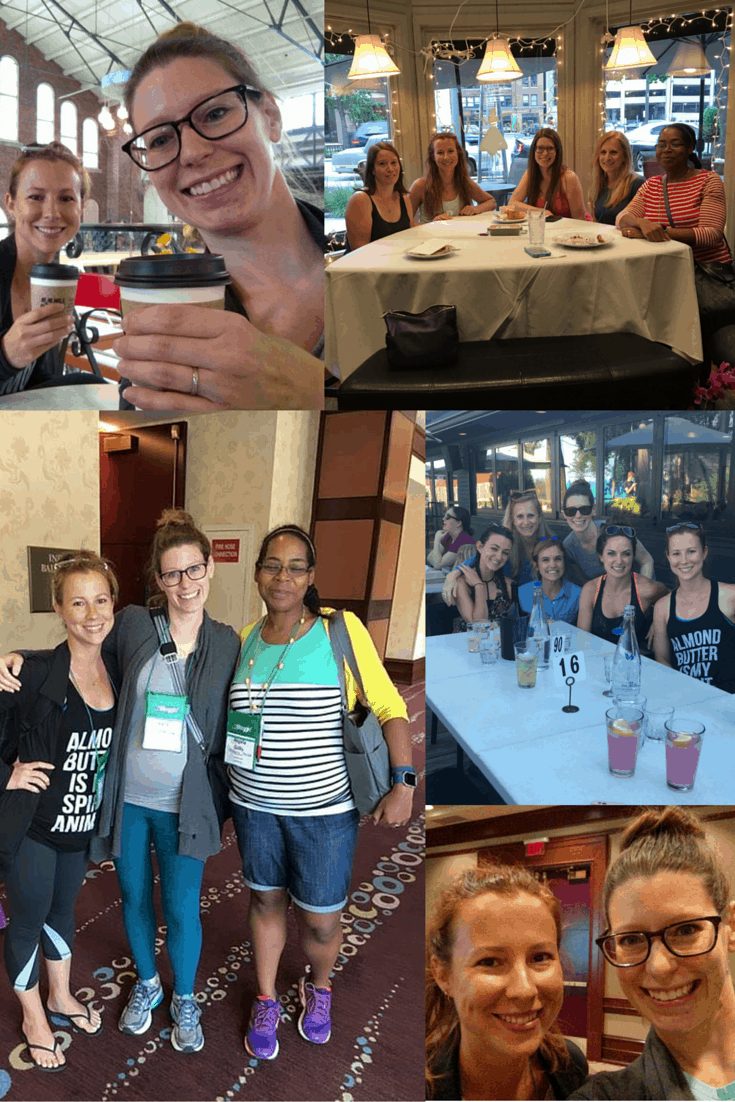 Sunday we had an awesome kick butt workout put on my LifeTime fitness. Half of it was cardio kickboxing and the second was more strength work using body weight and resistance bands. I was nice and sweaty when we were done and as a bonus, we were able to keep all the fitness gear we used!

Unfortunately, none of the morning sessions really pertained to me, so Beth and I headed to a place called City Market for the morning. There were a bunch of different food stands in one place, which kind of made up for the food truck fiasco the day before.

We got acai bowls (!), coffee, and later had crepes for lunch. It was such a good time. 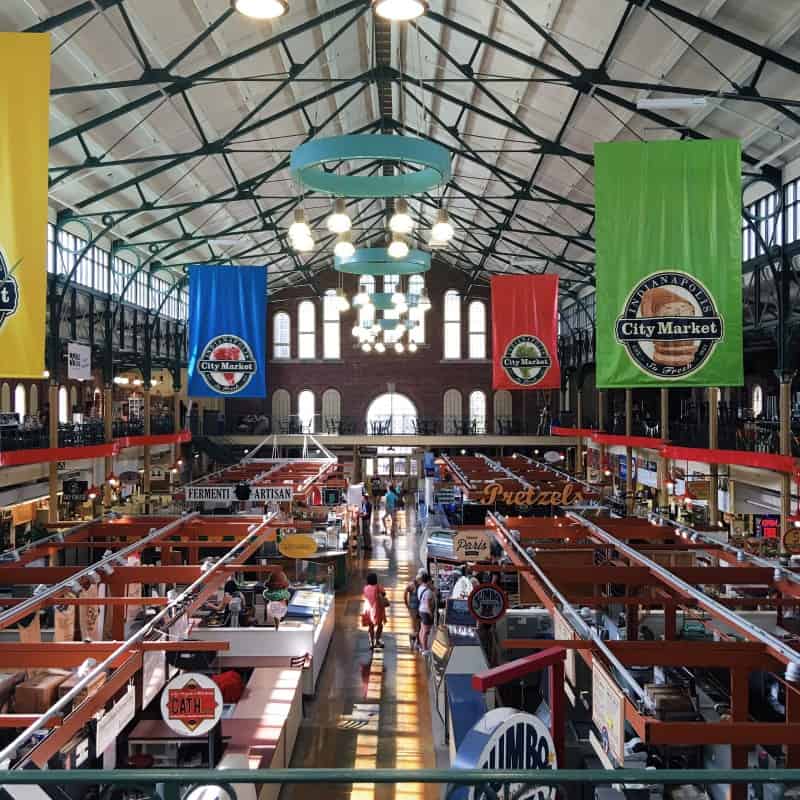 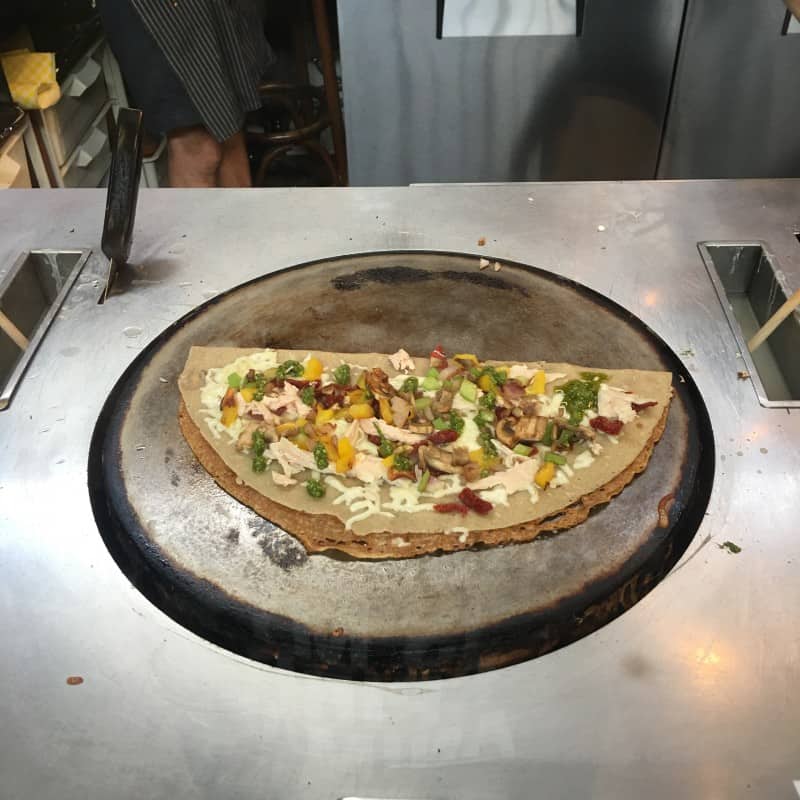 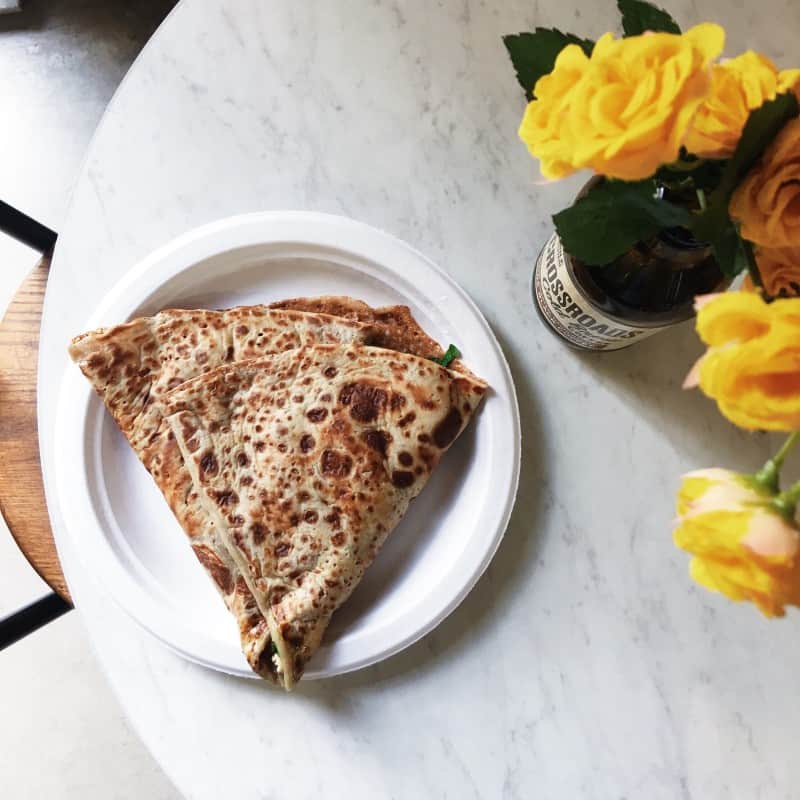 After lunch, we headed back to watch Jamie’s session on working with brands, which was great! Since Beth and I both had to drive back, we decided to head out after that one. I made it home just as Chicago was exploding with rain and lightening. It was so beautiful coming back into the city and reminded me why I love it here so much. I tried to snap a picture, but it didn’t work too well.

I slept in on Sunday (as much as I could with a husband excited that I was home and wanting to interact with me), read a bunch of my Dreamland* book (seriously, so good), and spent most of the day on the couch except for a quick Target trip.

Overall, I had a great time at the conference. I liked the city, the food, and the people who attended. I think that the organizers did a great job adjusting to the fact that so many last minute things came up such as speakers not being able to come.

The only thing I found a little lacking was the presentations. I’ve never really skipped a session before because I get excited about them and feel like I’m in school. A couple just didn’t pertain to me at all, which is why I didn’t choose to attend. I’m interested to see how next year goes and what they choose to improve going forward!

Conferences are done! See Erin’s recap of this year’s @fitbloggin 2016!