A Matter of Perception - Erin's Inside Job Skip to content

A Matter of Perception

I promise I will have a vacation recap for you, but it won’t be until Monday so that I can have time over the weekend to organize the 1036514567 pictures and write out everything that filled up our 5 days (mainly eat, read, sleep, repeat).

The idea for today’s post didn’t come together until yesterday.

Last week, while looking through old posts for a specific picture, I took time to read through some of them. In a recap of hiking the C & O Canal, I found a picture of myself that caught me off guard. 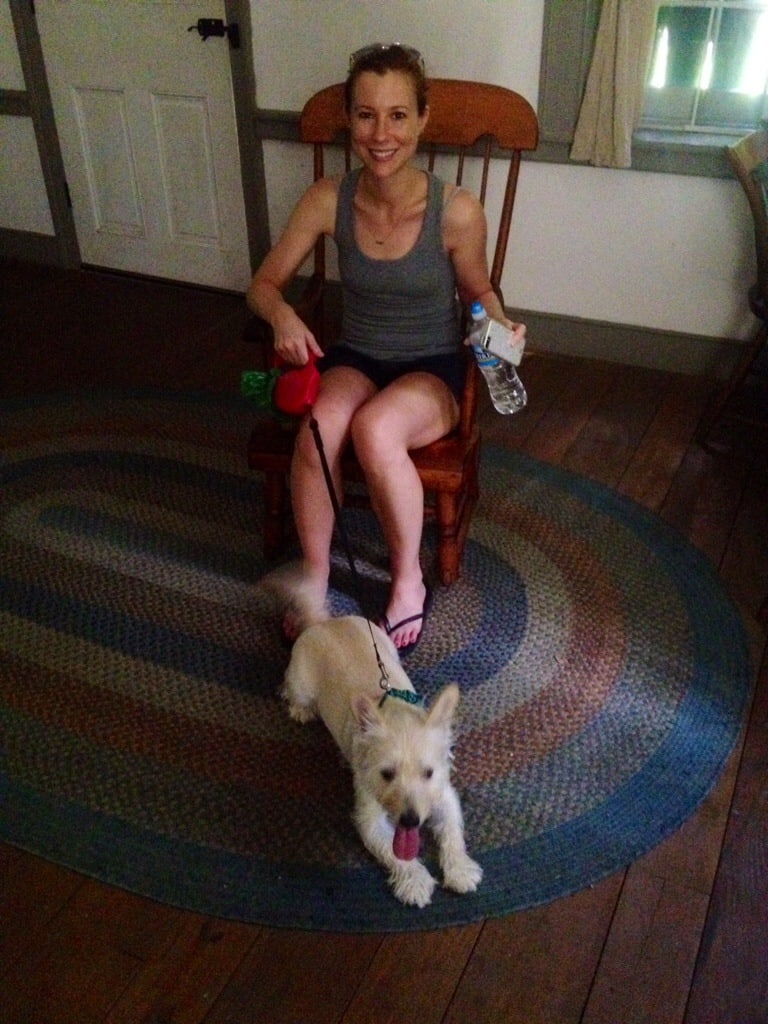 At just about every point in my teenage and adult life, I’ve disliked something about my body. Disregarding the times when I was actively in the middle of addiction or disordered eating habits, and therefore obviously not clear-headed, I have still found something to complain about.

When that picture was taken, I was exclusively running. I had discovered my love of it during that time and was running a normal amount. I was also eating well and wasn’t concerning myself with every piece of food I was putting in my mouth. I made chicken and squash and every other healthy thing you can think of, while still enjoying flourless chocolate cupcakes from a local bakery.

Looking back on pictures of myself when I was running, I was obviously thinner. My body was adapting to running miles at a time without a consistent strength plan. I wasn’t unhealthy physically, but I can recall moments of wishing I was thinner or singling out a part of myself that I wished I could change. I wasn’t running because I hated my body (as I had done in the past), but I can still remember not being quite satisfied with the way it looked.

While on vacation this past weekend, Neil took this picture of me. 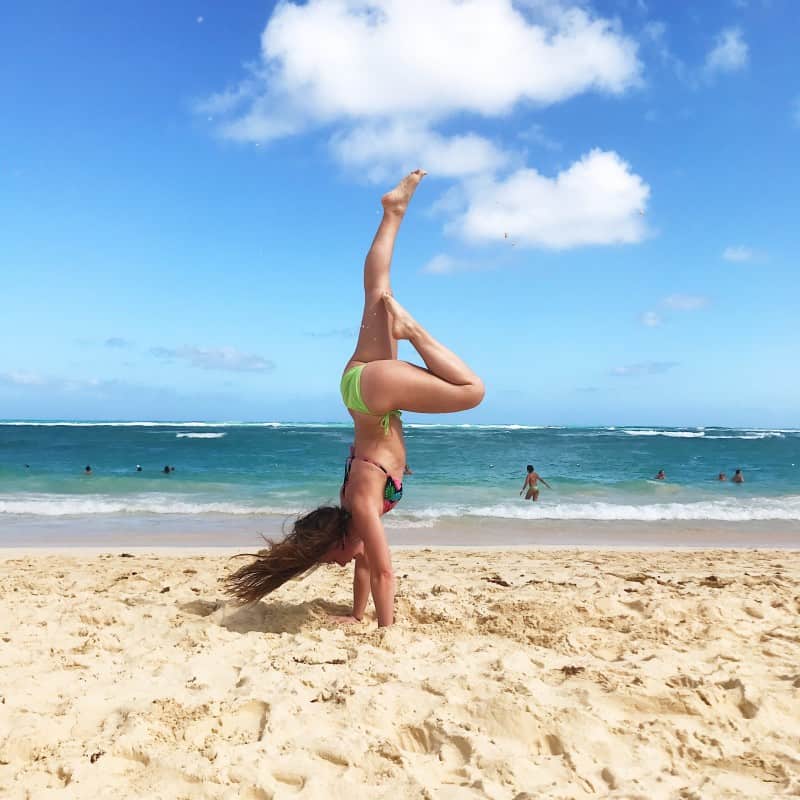 When I first saw it, I was impressed with how strong I looked. I contrasted it with the picture I had seen of myself not a week before and realized that my body has undergone a lot of changes throughout the years. There have been unhealthy changes and changes simply based on which type of exercise I feel drawn to at a given time.

It’s crazy to me that during my running years I didn’t feel particularly thin, whereas I look at that picture now and think that I look slightly too thin for my body type. It’s one of those “grass is always greener” moments and it hit me that no matter where I’ve been in my journey, at some point it still doesn’t feel like enough. When I was thinner and running, it wasn’t quite where I wanted to be and now when Neil tells me my arms are bigger than his, I wonder if that’s something I should fix as well.

It’s unfortunate that as a society we have been conditioned to focus in on the flaws and strive for an unrealistic ideal. It’s frustrating that no matter how much better I get mentally and emotionally, there are disparaging thoughts that come first and their corrections second.

A lot of my “awakenings,” if you will, happen when I reach a sort of breaking point. When I hit bottom in my addiction, when I exhausted myself by worrying what everyone else thought, and when I simply got tired of allowing others to treat me the way I knew I didn’t deserve to be treated.

My point with all of this is to question how you can be truly happy if you’re ALWAYS wishing you could change something about who you are. I’ve certainly come a long way in terms of self-acceptance, but there will always be work to do, just on a smaller scale. It’s not tackling the “you’re enough as a human being” problem anymore, but more of a daily “do your best and that’s all that matters” issue.

I want to work on getting to a place where I don’t have the negative thoughts first and the positive ones second. I am striving for immediate acceptance because I’ve learned throughout many years that wishing for something different takes you out of the moment and puts you in a weird future where you don’t actually exist and you probably won’t accept if you even get there.

It’s all about perspective and it’s time to shift that perspective to today. Be grateful for what you have NOW. Be happy with who you are today.

Don’t lose sight of your goals, but make sure they are realistic and certainly don’t live there.

24 comments on “A Matter of Perception”