6 Food and Fitness Products That Are Worth The Investment

The post 6 Food and Fitness Products That Are Worth The Investment first appeared on Erin’s Inside Job in January 2018.

I have a problem spending money.

Ok, that’s not 100% accurate in that I don’t have a problem spending small amounts of money. Of course those small amounts add up before I realize it (ugh), but I struggle at spending what I feel is a lot of money…all at once…for one thing. Anyone else?

Some things, I have learned over time, are worth spending a little more. I learned through repurchasing inferior products when one would break or from getting tired of putting in more work than was really necessary. Here’s my list of food and fitness products that are worth the investment. 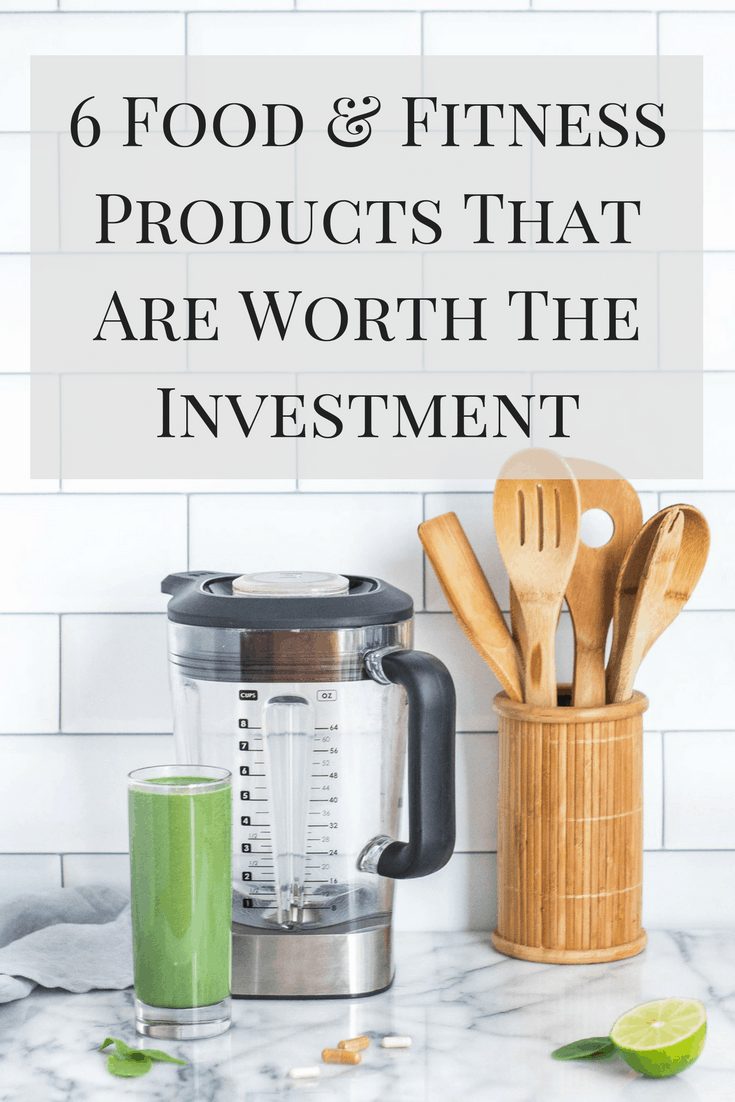 This is actually what sparked the idea for this post.

We have had our Vitamix since soon after we started dating which means about six years now. Since then, we have used it literally every day (minus being out of town of course). We mainly use it for smoothies, but here’s some other things we make in it: eggs, pancake batter, pesto, nut milks, flours, etc. It’s one of the best investments we’ve ever made.

Because they are expensive, we bought a refurbished model which has caused us no issues at all. Before that, we had a Ninja blender, but it didn’t cut it at all when making smoothies because it was unable to fully blend any greens we put in there, leaving you with a chewy smoothie. Gross. We upgraded and never looked back.

We have the 5200, but on Amazon the refurbished 5300 is only $30 more, so I’d probably go with that one. There are more expensive models with all kinds of bells and whistles, but honestly you don’t need anything besides these basic controls. 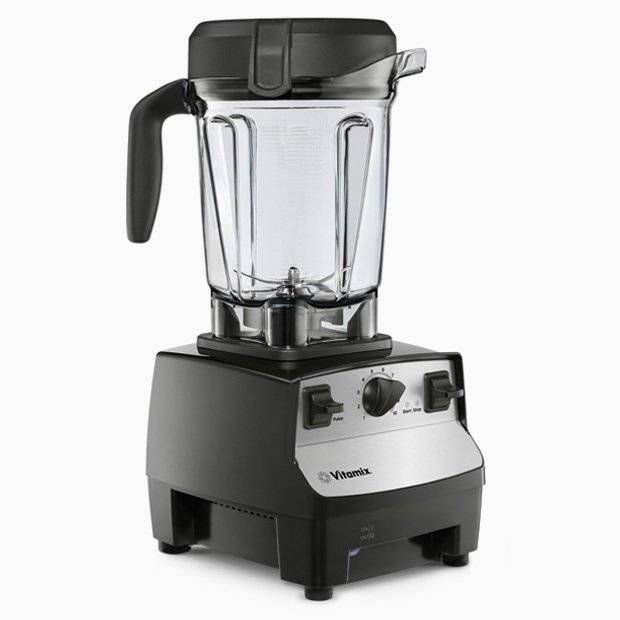 2020 Update: I originally had an Instant Pot on this list, but considering we’ve used it far fewer times than we have our sous vide, I took it off and replaced it.

According to AnovaCulinary.com, “sous vide, which means “under vacuum” in French, refers to the process of vacuum-sealing food in a bag, then cooking it to a very precise temperature in a water bath. This technique produces results that are impossible to achieve through any other cooking method.”

It makes amazing meats and fish that are cooked consistently the same throughout. I use it a ton to cook chicken throughout the week just to have on hand when we need it for meals. I usually start it in the morning and can just set it and forget it. The brand we have works through an app that tells me when the food has cooked and it can also stay in the water for awhile after it’s done without it overcooking.

Because it’s such a small device, it’s also pretty portable. We’ve brought it to other people’s houses if we are making a meal over there and it’s super convenient. Cleanup is easy too — because the food is sealed in a bag and cooks in a water bath, you simply need to empty the water when you’re done and that’s it! 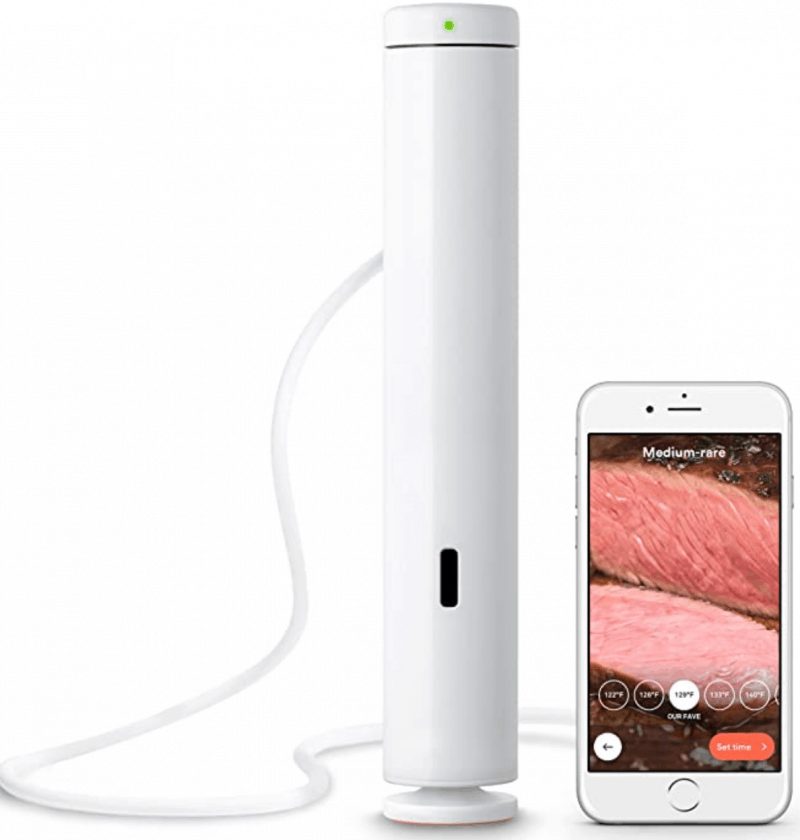 I own a food processor for one thing — making homemade nut butters. It is LIFE CHANGING. I have made all my own nut butter blends in a food processor for years since realizing that I couldn’t get my Vitamix to make them without adding oil (defeating the purpose). I even sold them on the down low until moving to Chicago. I don’t even know what else to do with it. HA.

Even if you’re not a manic nut butter maker like I am, a food processor has tons of other uses, my favorite being slicing veggies (even though I’ve only done that twice). If I vote you should get one and I only do one thing with it, then you should definitely add it to your list because I’m sure you’ll use it even more than I do!

I got this Cuisinart Prep 11 Plus from Costco, but there are a ton you can choose from here. Personally, I wouldn’t go any smaller than this because it’s the perfect size for the amount of nut butter I make, but the choice is up to you! 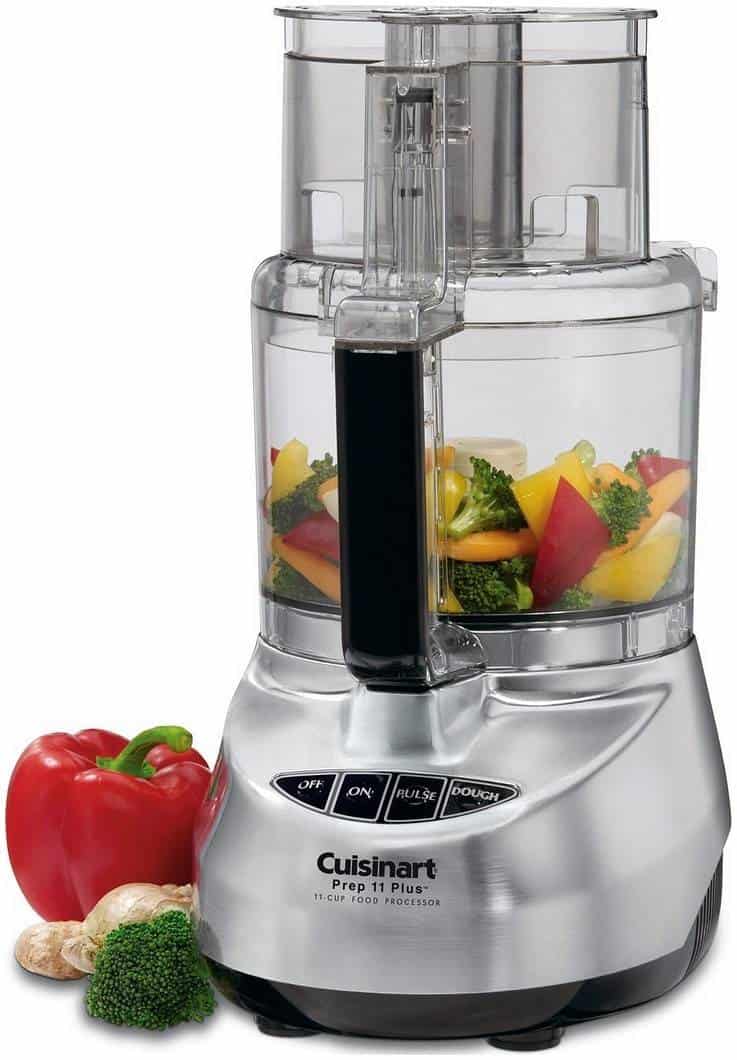 Bonus: I also want to add a Kitchenaid mixer in here, but since I don’t actually own one I’m not going to give it its own category. I just don’t bake enough right now to feel the need for it. For those of you who do though, it’s LEGIT.

I initially had this broken up into different categories, but it all costs money and it all does the same thing.

Invest in your health. Whether that means a gym membership, studio classes, or personal training, spending money on those things now saves you from spending money on more medical expenses as you age. Figure out which ones makes the most sense for you and set aside money each month to spend on your fitness.

Some people can work out on their own but need a space and equipment, which is where a gym membership comes in. If you’re like me and thrive off the energy and relationships in a class atmosphere, find one you love and commit. If you’re not a fan of classes or you need that personal attention and accountability, invest in some personal training sessions.

If money is still an issue, always talk to the owner(s). They may have programs you’re unaware of such as a membership exchange where you work a small amount at the studio in exchange for a membership (hint: that’s how I started at my first studio!). You can also propose a discounted membership in exchange for promotion on social media or by bringing new people in. It’s always worth a shot to ask! 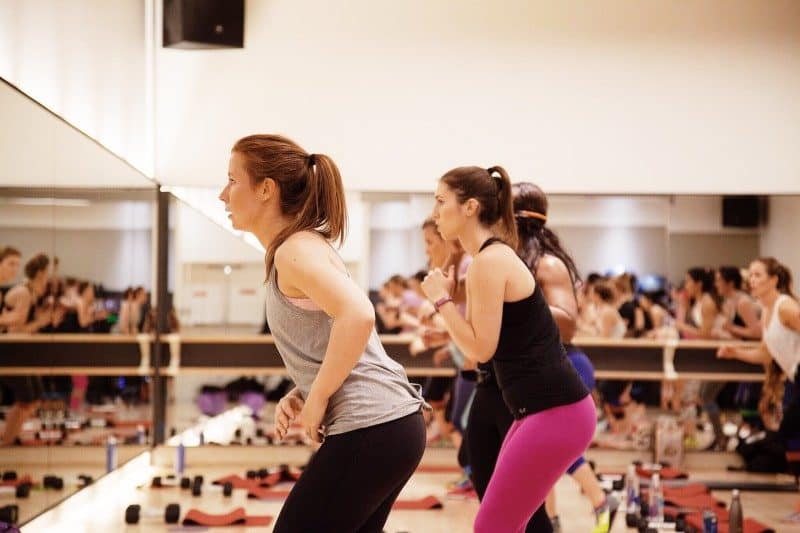 For the longest time I was someone who shunned places like Lululemon and other expensive clothing retailers. I didn’t see the necessity of spending what I felt was an arm and a leg on clothes that I would sweat into.

When I got my first pair of Lululemon pants (with a gift card), however, I slowly started to change my tune. My pants were no longer loose after I started working out and I didn’t have to continuously pull them up. I added a few more pieces and noticed the difference in how they felt and how long they lasted. I’m less picky about tops, but I always make sure to invest in my leggings.

Here’s my advice — consider how often you work out and make your decision. If you have a consistent exercise routine, then I’d say make the investment. If you work in the fitness industry, you’re also eligible for discounts at some stores. At Lululemon they raised their R&D discount last year to 25% and Athleta’s has always been 30%.

If you’re still on the fence, I also buy pieces used from apps like Poshmark, Mercari, and eBay and I’d say those make up more of my collection than items I’ve bought from the store. 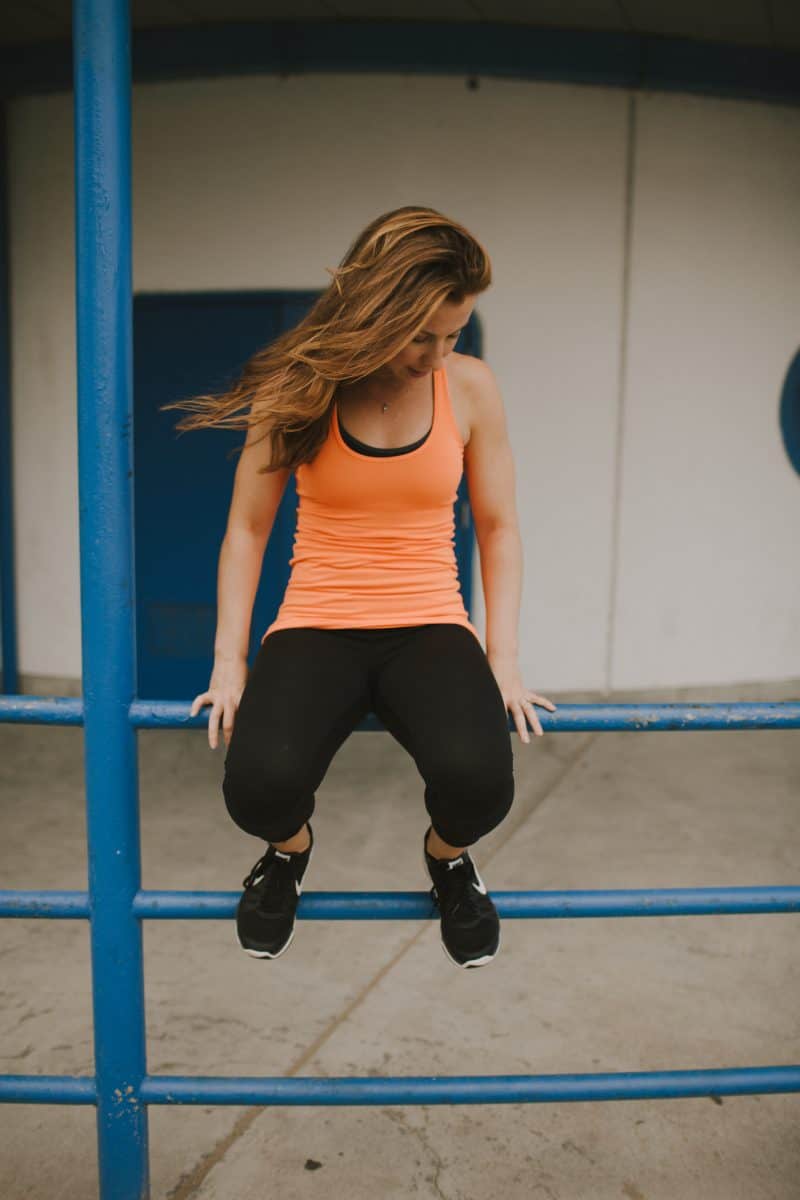 I’m definitely emphasizing this as one of the food and fitness products that are worth the investment. The most important part about shoes is to have a pair that’s made for what you’re doing. I learned this the hard way when I was running a lot and training for half marathons. As you start increasing your mileage, your body will tell you very quickly if you have the wrong shoes.

Runners especially — make sure you go to a running store and get yourself fitted for shoes. They will often run through a series of tests including an analysis of you running on a treadmill to see how you run and strike the ground. Once I had that done, all my aches and shin splints went away.

I’m not running much anymore, but I do make sure to buy shoes that are appropriate for the types of workouts I will be doing. I have a rotation of about three different pairs of shoes based on if I am lifting in a stationary position or doing more dynamic and high-intensity movements. 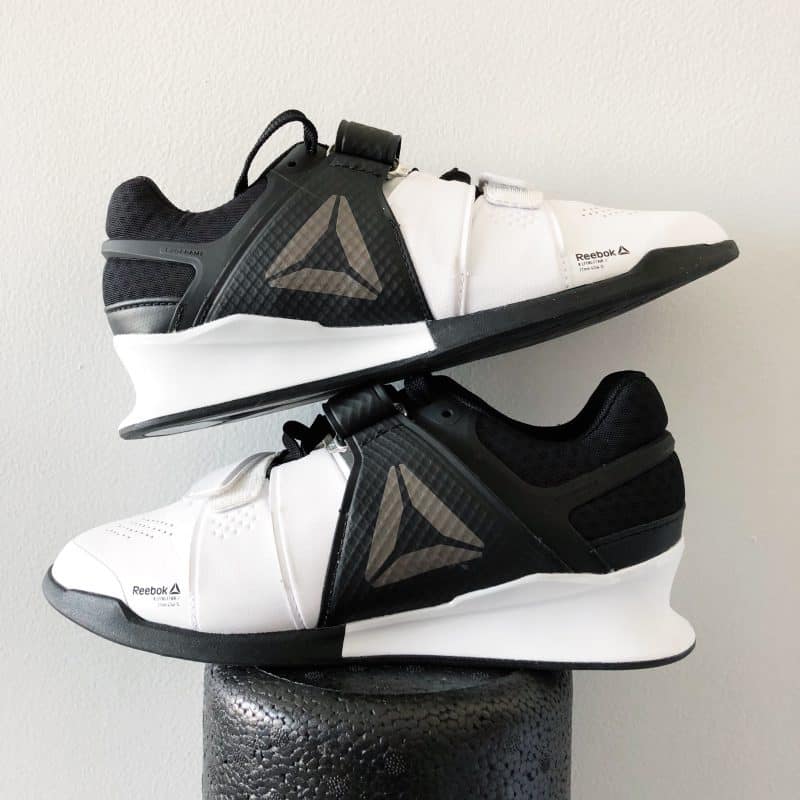 (All of the food links can also be found in my Amazon store where I share my recommendations for tons of other things found on this blog!)

It’s important to invest in your health — here are some food and fitness products that are worth buying!

What are some food and fitness products that are worth the investment to you? Let me know in the comments!