Learning to Listen To Your Gut (+ A Book Update!) - Erin's Inside Job Skip to content

Learning to Listen To Your Gut (+ A Book Update!) 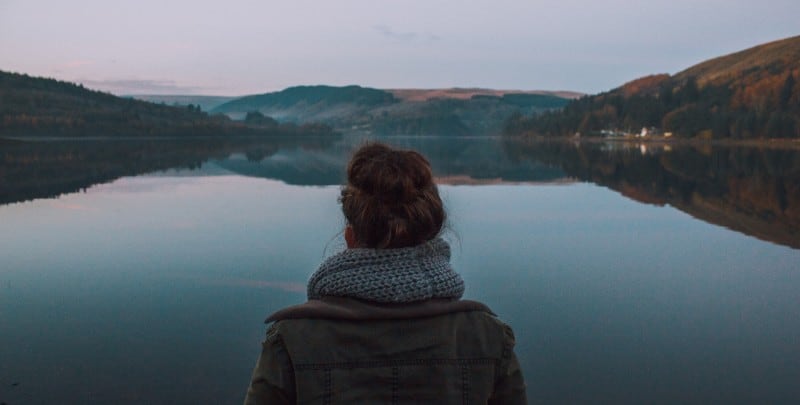 Have you ever developed a “feeling” about a certain person or situation? Maybe all logical details point to reacting in one way, but you can’t seem to shake the feeling that something is off or wrong about that reaction? There have been many instances of this in my life. Some I’ve listened to and some I have ignored—usually to my detriment. While it’s been important for me to learn how to trust my gut, it certainly hasn’t been easy and there have been a number of times when I’ve let my brain make decision that may have been better left to my heart.

According to Miriam-Webster, an instinct is defined as “a largely inheritable and unalterable tendency of an organism to make a complex and specific response to environmental stimuli without involving reason.” For me, the key phrase in this definition is “without involving reason.” I have made many decisions based on writing objective pros and cons lists, but I always take that list and compare it to how my body viscerally responds to the situation in question.

Over the span of years and a lot of trial and error, I am much more comfortable trusting my gut in situations. I’ve learned what happens when I ignore it and I’ve seen the benefits of listening to it. These days I usually combine my gut reaction with my rational one and so far they haven’t steered me wrong. The following are some examples of times I’ve done it well and times when it’s taken me longer to listen.

1. Not becoming a therapist

I graduated college with a degree in Psychology. The summer following graduation I decided I would take the GREs and apply to grad school in order to get either my Master’s or Doctorate in the same field. I decided I was going to be a therapist and especially wanted to work with children. As the summer stretched on, I continued to procrastinate on scheduling the exam. I bought study materials and just left them on my desk. Normally anything about school excites me, so I was concerned about why I couldn’t seem to muster the energy or commitment to take the exam.

After some serious soul searching, I realized that I was putting off the test because my heart wasn’t truly in becoming a therapist. My body had been telling me, but my brain was overriding the message since I felt like that was what I was supposed to do on my career path. Choosing another one would require me to start again and I felt like my degree would be wasted. In the end, I chose to go to pharmacy school which required going back to school for two more years before I could even apply, but as soon as I made the decision, I felt at peace with it.

This is by far the category that I wish I had learned the fastest in, but sometimes it takes a lot of falling down to learn how to stand up. Actually, I think my gut on this one was repeatedly trying to knock me on the head, but I can be a stubborn one.

Before I entered recovery and started to learn who I was as a person, I felt the need to define myself by the partner I was with at the time. I was scared to be alone because I didn’t know how to do it and I felt uncomfortable in my own skin. I tried to become each person’s ideal partner, despite my own sanity and self-worth. I stayed in relationships well past their expiration date and tolerated behaviors that I immediately knew were unacceptable. Listening to my gut would have meant standing up for myself and risking rejection, which at that time I wasn’t capable of handling. Today I am able to do both of those things and while they haven’t gotten easier, I’ve gotten stronger.

When Neil and I were planning our wedding, it was originally scheduled for October. I had been uninsured for almost four years and hadn’t been to the doctor in that same amount of time. In June he proposed the idea of us getting legally married so that I could have health insurance and we would still hold the family event in October. At first I reacted with horror since I didn’t know anyone who had followed this path.

Talking about and examining my feelings around the situation coupled with my trusty pros and cons list led to the decision to have our own marriage ceremony at the courthouse on July 17th, 2013. We were able to enjoy the day, just the two of us, and October still turned out to be one hell of a party.

Along with dysfunctional relationships comes dysfunctional jobs. During my time in VA I worked for a medical office that was also run by Scientologists. Since this was the first job I was able to get following my release from jail, I didn’t want to rock the boat. I constantly heard about Scientology and was asked what I knew about it and how I felt about it. When a promotion came along, I was elated, however, it was also suggested that I take some classes at the Scientology center to help me with my life and management skills. My gut told me this was a bad idea, but I felt like the promotion was conditional on my attending.

I drove there for months, feeling extremely uncomfortable the entire time, until I couldn’t take it anymore. I ended up giving notice and finally honoring my feelings. Along with relationships, I wish I would have done it sooner, but it definitely taught me not to do things I am uncomfortable with in my employment going forward.

5. Fighting for my marriage

My marriage went through a lot of trials and tribulations this summer, but one of the things that kept me going was the incredibly strong gut feeling that I had about the relationship. It wasn’t about insecurity or fear of being alone, but something indescribable that told me not to abandon what we had built. We may have problems here and there interacting as adults, but at the core there is no one I feel more comfortable with and more sure of than Neil.

When Neil had the opportunity to come to Chicago for work, we talked about it a lot. We did the whole pros and cons thing, but what it boiled down to was my gut. Neil asked me “what does your gut tell you?” We had talked about my intuitions and he had learned to trust them as I did. After that, the decision was easy. I felt an excitement, but more than that I felt a purpose in moving to Chicago. I told him that I wasn’t sure what awaited us, but that my instincts told me that amazing things were going to happen. So far, so good.

Related: A Change Is Gonna Come

7. Changing the format of my book

Alrighty, book news! Don’t worry, I’m still writing it. I stalled out for a couple weeks because something felt off. I was behaving the same way I did after college by putting it off, not having as much excitement towards the process, and stressing myself out. Just like college, it took me longer than I would have liked, but I finally realized why I was moving so slowly.

I’m changing some things around in the format of my book. Nothing crazy, but after thinking about it and hearing feedback from people at the conference in Orlando, I think I have a better handle on where I want this project to go. Thank you all for being so patient and I’m happy to say that I did sit down and work on it some more yesterday. THE FIRE IS BACK BABY.

Do you listen to your gut when making decisions? See why it may be helpful to start!