Malibu Part One - Erin's Inside Job Skip to content

I have one more full day here in Malibu and then we are headed back to Santa Monica until Wednesday when we head back to Chicago.

I’ve been burnt since the first day we arrived because I never learn and either a) stay out too long b) wear no sunscreen or c) both. I’ll let you guess which one I did.

When we arrived on Thursday, we made a stop at the grocery store because my sister in law NEEDED me to try “The Cookie” since she knows of my love for them. Even though it had walnuts in it, they serve it warm and it was definitely up there on the list.

Then I had to take this. 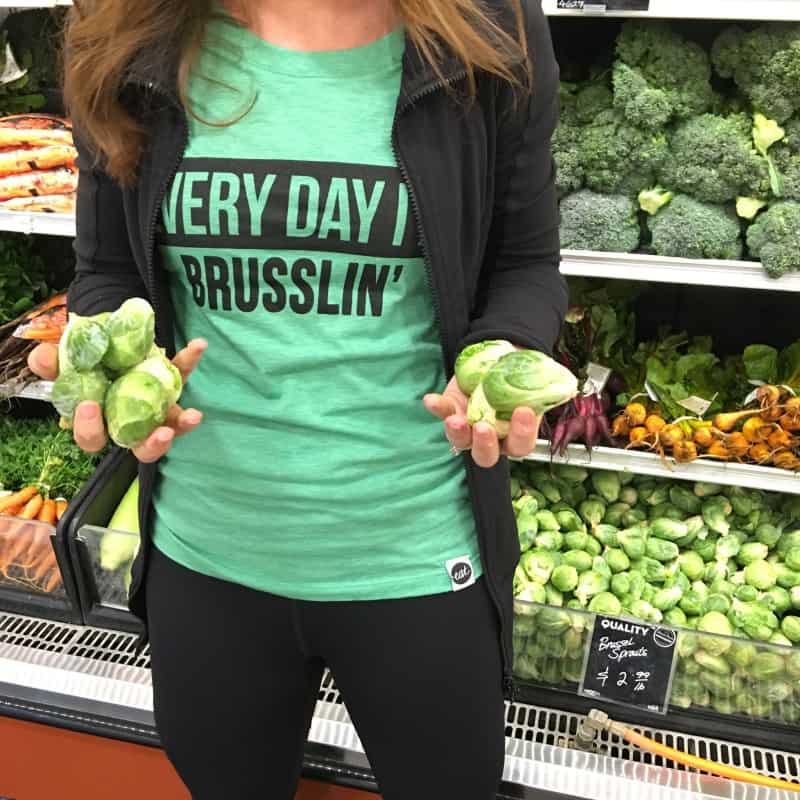 Here are some remnants of “The Cookie” that I made sure to finish the next morning for breakfast. 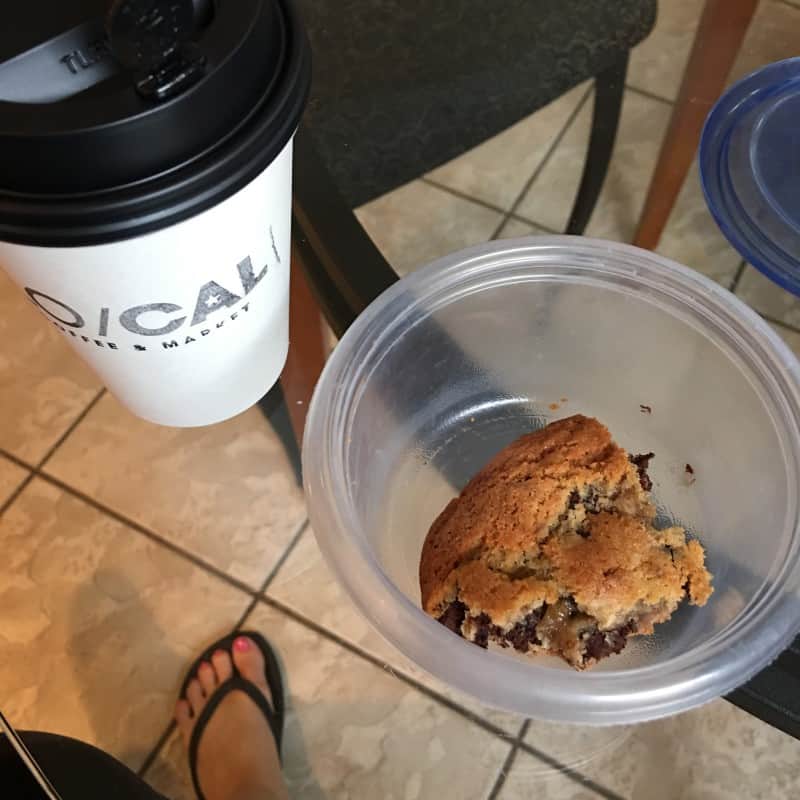 Before we headed to Malibu, a couple of Neil’s cousins stayed the night in Santa Monica with us. This is apparently a normal breakfast spread. I need to step my game up. 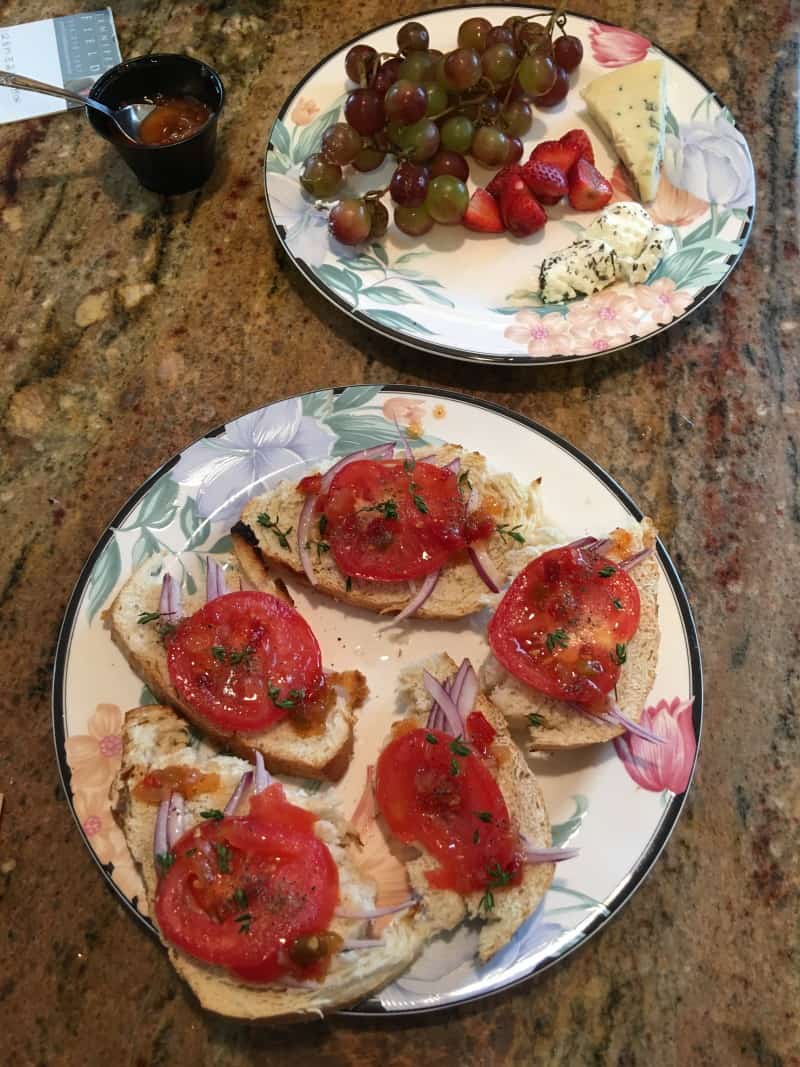 Also, DID YOU KNOW ABOUT THESE? My niece is a girl scout and apparently now for their “fall line” they have dark chocolate sea salt caramels. It’s all over now. 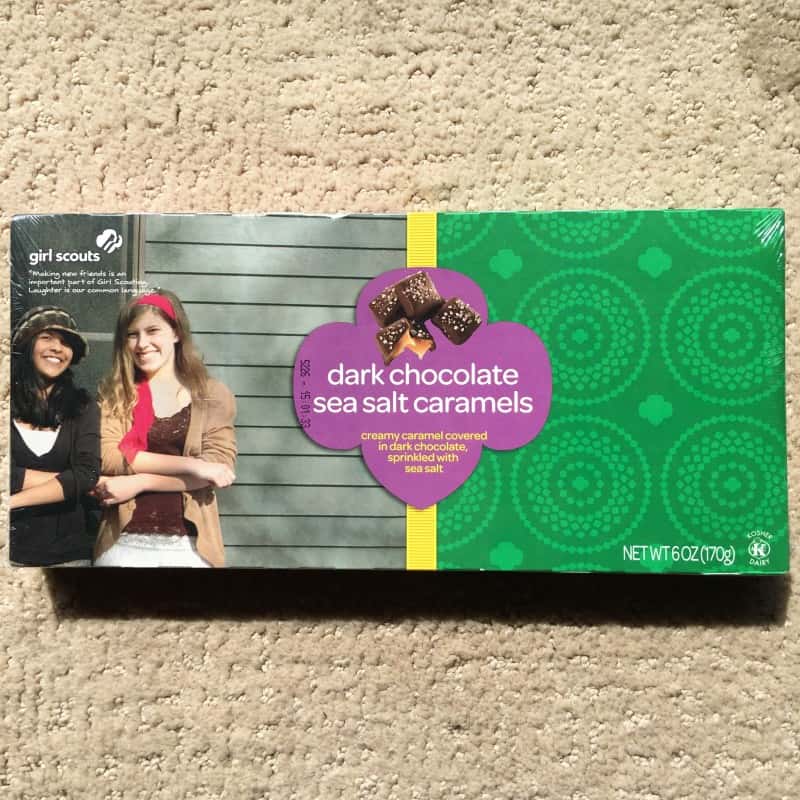 Friday morning I made sure to walk to my favorite coffee shop, Lo/cal, to get a honey almond milk latte. I love it so much that I wanted to recreate it at home, which is where my honey cashew milk latte came from. 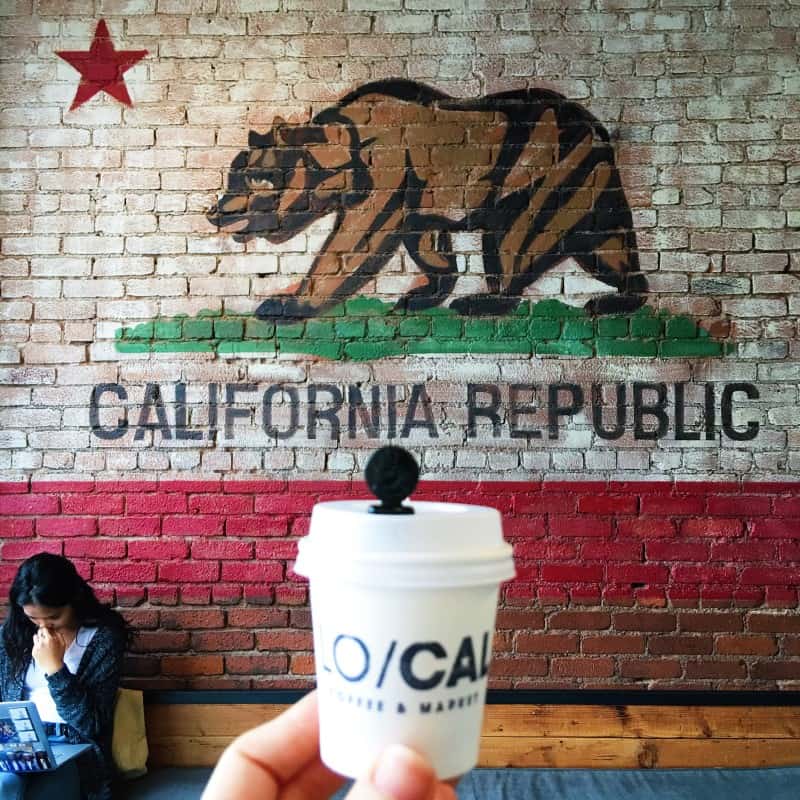 Around 9:30 am, we took our first car load of people out to the Malibu house we were renting for a couple days. Although it was supposed to be partly cloudy, I was greeted with this. 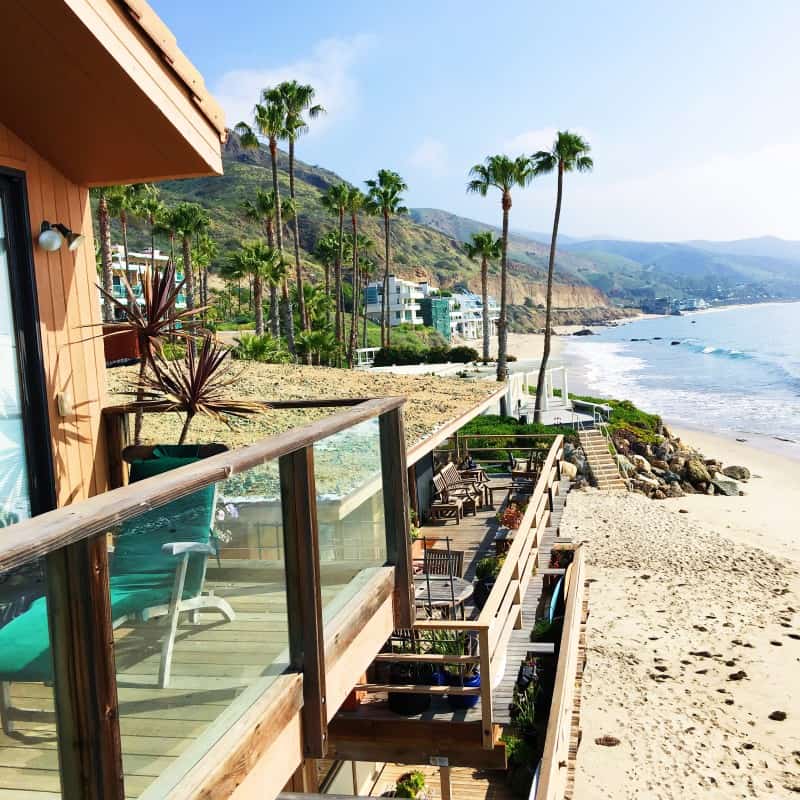 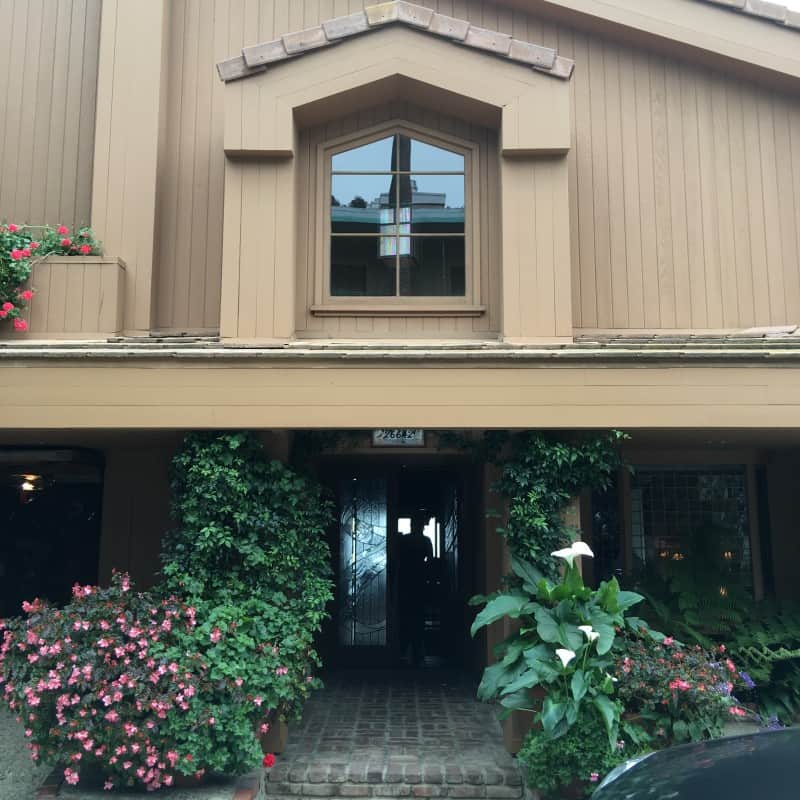 I immediately laid out for almost 2 hours and turned into a lobster. Just because you get a spray tan doesn’t mean you actually have a base tan.

Actually, I managed to be responsible until we decided to walk to lunch at Malibu Seafood up the street. Along that walk is where I got sunburned. But I did get this ahi tuna burger, so I’m cool with it. 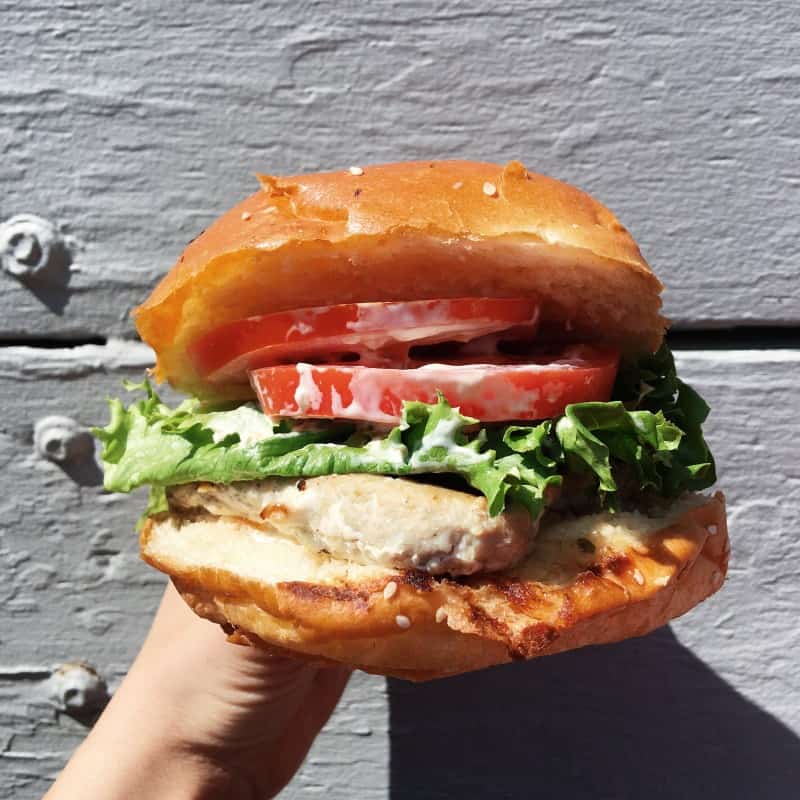 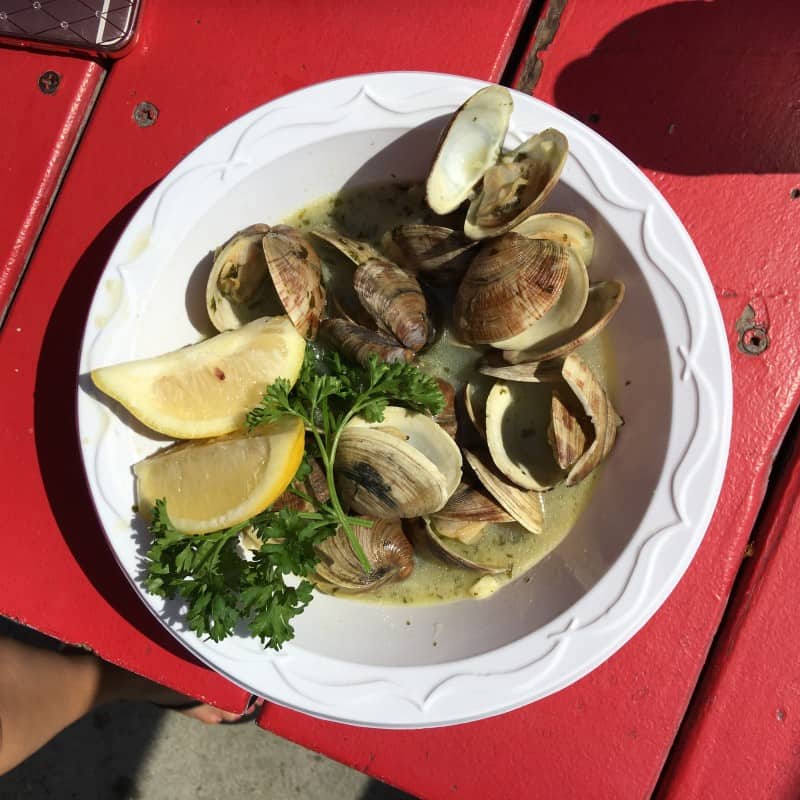 By the end of the day Friday almost everyone had arrived and we had a giant Mexican dinner of steak and fish tacos. One of Neil’s cousins wasn’t able to make the trip, but we made sure she was there with us in stick form (see front). 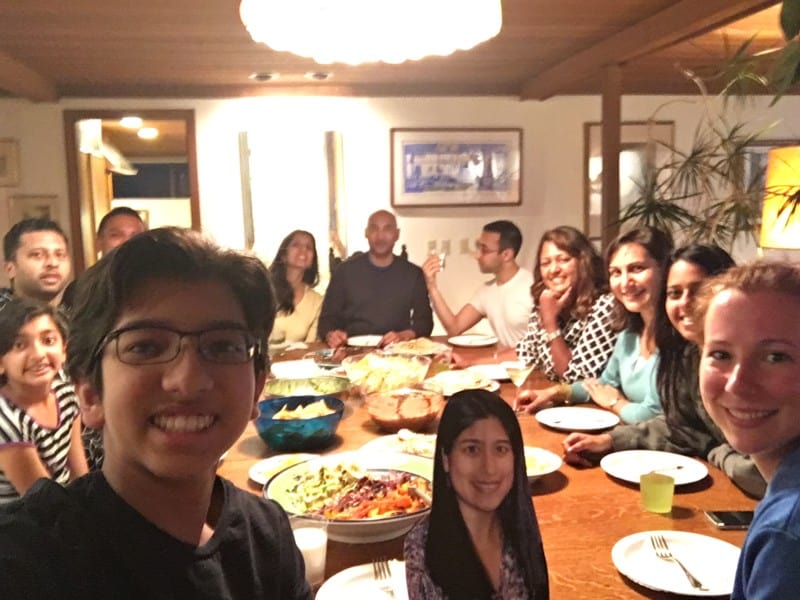 Saturday morning was the best day because I found out my sister in law brought some cardamom french toast tea from DAVIDs! She had bought some the last time she visited Chicago and still had it. Don’t worry, it’s gone now after this maniacal creature got to it. 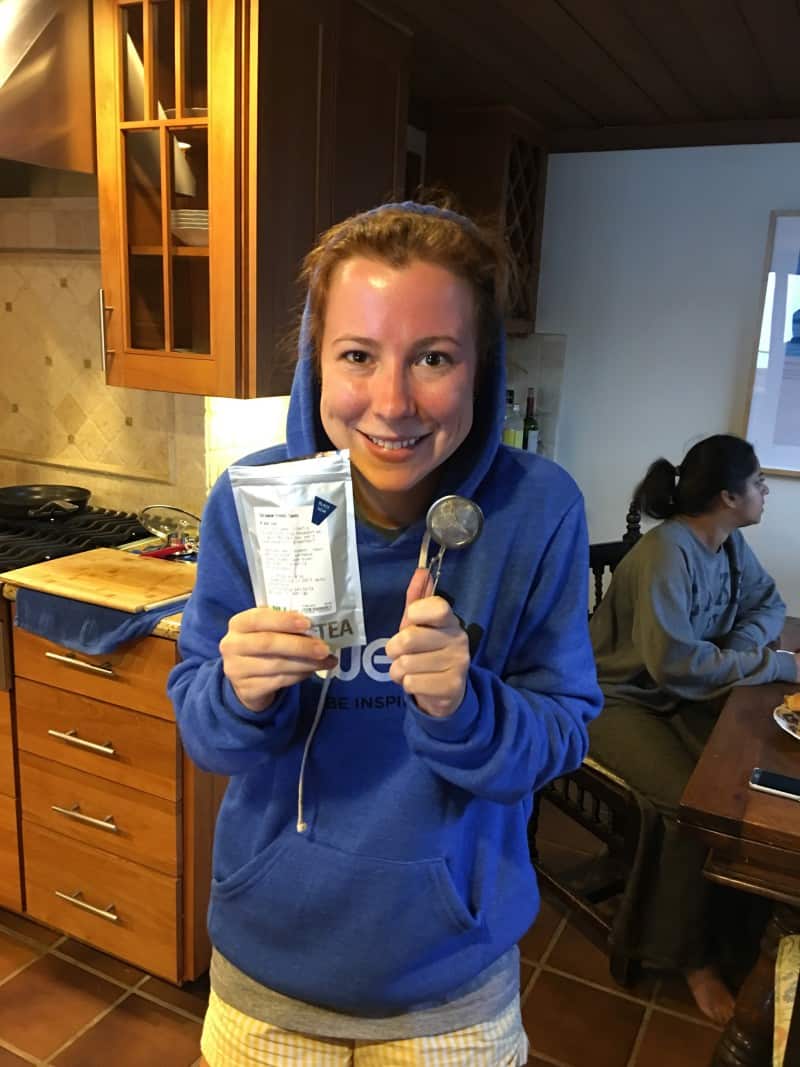 After breakfast, we went on a 2.5 mile hike into the canyons. At the top was a waterfall and the remnants of a house which burned down in one of the many fires that has ravaged the canyon over the years. It was AWESOME. 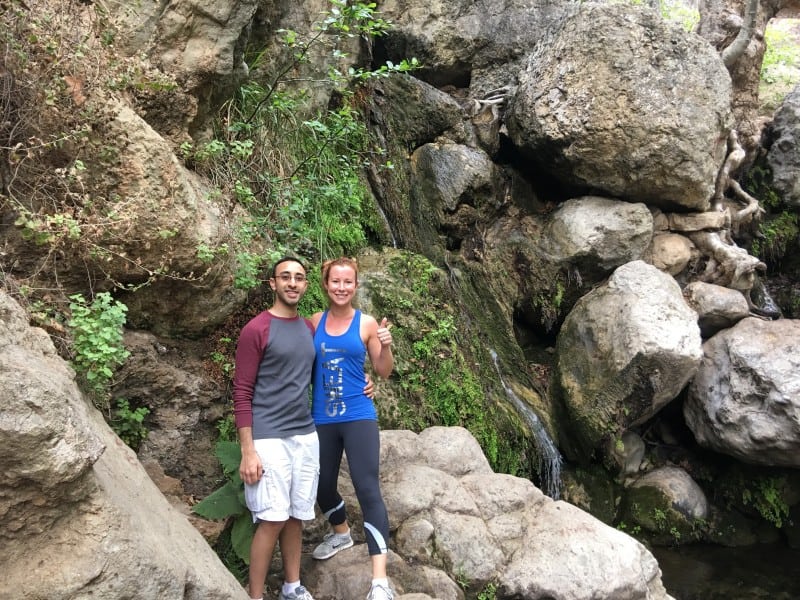 Neil and I stocked up on salmon, steak, and vegetables, so we have been eating relatively healthy while we are here. Actually, he is more than I am since I’ve discovered Bark Thins. Whoops. 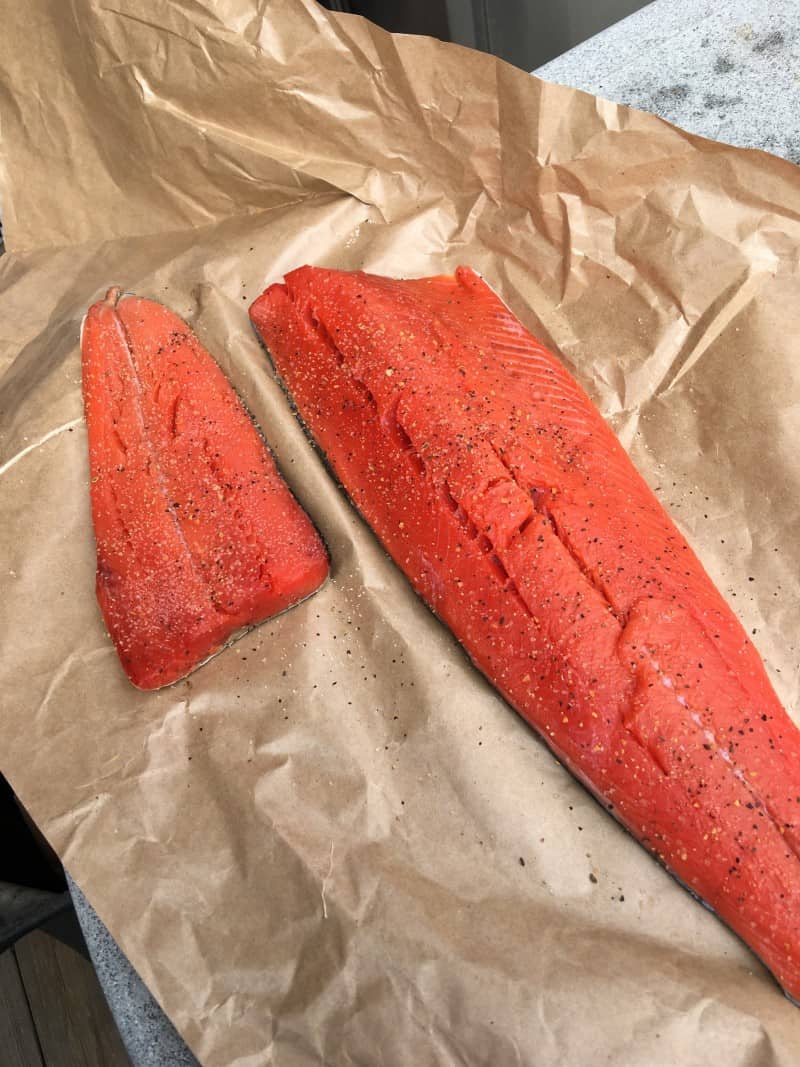 After we got back from the hike, I made sure to take advantage of low tide and go rockpooling. Since I was little and wanted to be a marine biologist, it has been one of my favorite things. 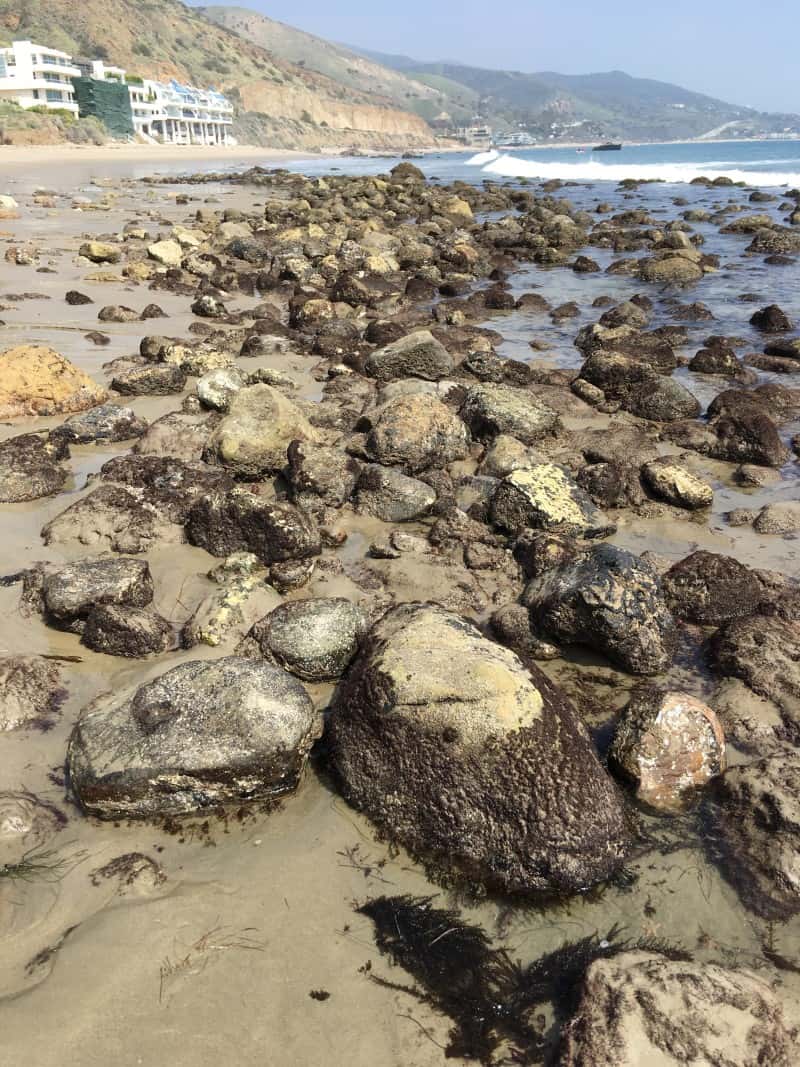 I found some anemones and took a video of a giant sea slug. It was amazing. 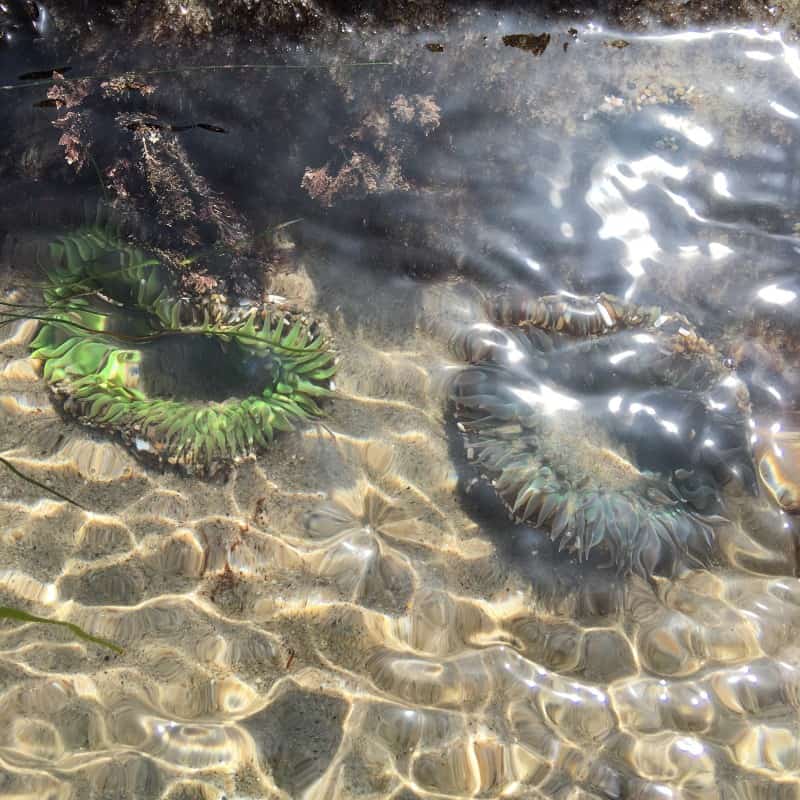 I also found a starfish. 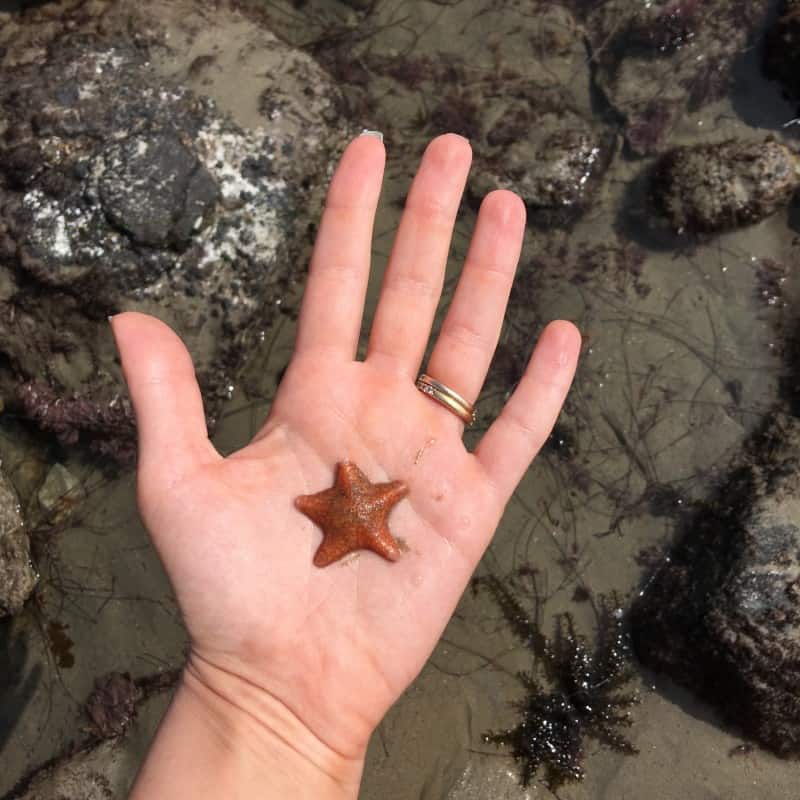 I creeped around and took pictures of houses I will never be able to afford. I’m still on the hunt for celebrities. 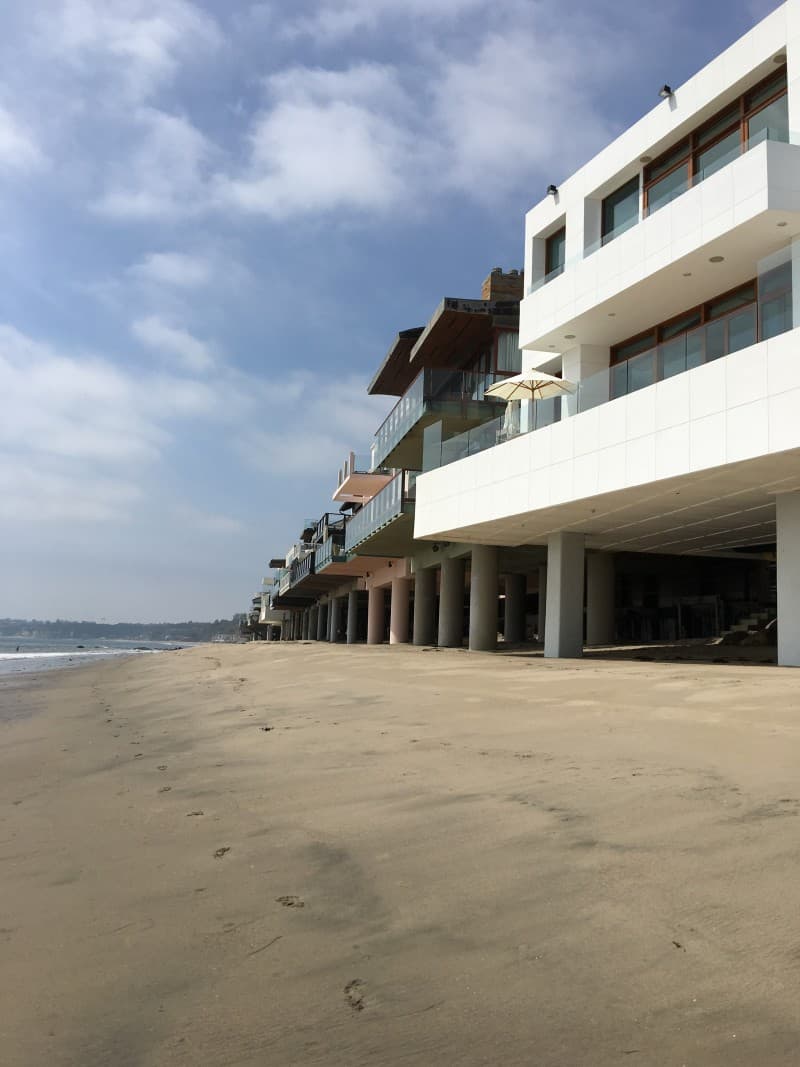 I have 23487234832 other pictures, so I decided to split these posts up into a few so I didn’t overwhelm you. Today is Neil’s brother’s birthday and we have a special birthday dinner planned at Nobu, but aside from that you can find me on the beach again today.

I hope you had a great weekend and I’ll catch up with you tomorrow!

28 comments on “Malibu Part One”