Injury Update and the Five Stages of Grief 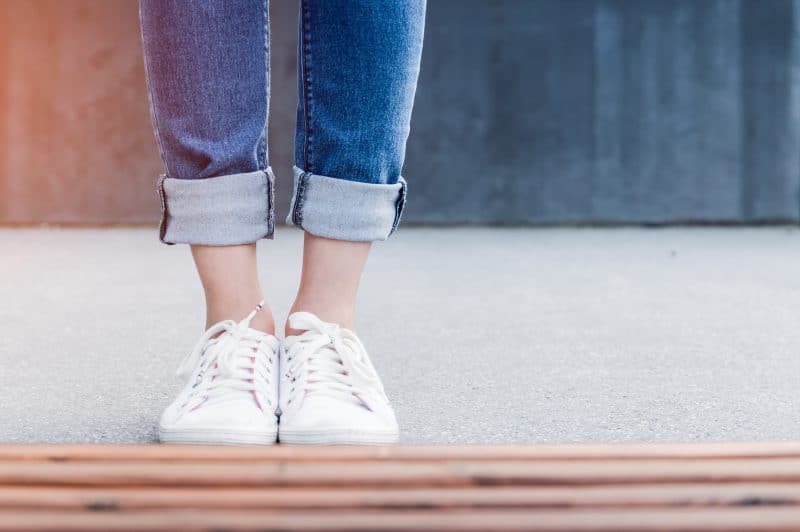 I went to a foot & ankle doctor yesterday to have them look at my foot. It’s been injured since the beginning of August and what I suspected was a stress fracture is, in fact, a stress fracture.

It’s not something that caught me off guard or out of the blue; I just didn’t want to deal with it until now.

I knew what it was and I knew what I would have to do and I wasn’t prepared to slow down yet. I wanted to pretend that my foot was fine in the hopes that it would heal itself and I could keep doing what I was doing.

As silly as it sounds, in order for me to learn how to process situations like this, I had to have someone tell me that it was ok to feel my feelings. I spent so long pretending I was always ok that it came as second nature to me and eventually I skipped right over acknowledging any negative feelings I may be having.

When I was given permission to feel them, I didn’t even know what I was feeling. It’s something that I still work on, but I’ve made leaps and bounds from when my only response was “I feel anxious.” That was only word I knew to describe any kind of emotion that was happening.

Now, when I encounter a situation that I don’t like and that I know will impact my day to day activities, I almost always go through the five stages of grief to a T:

I hurt my foot three weeks ago. I tried not to complain it about it as much and continued exercising as I normally would. I slowed down some on my running, but when given a choice to modify it, I continued to run if it was included in a workout.

When I realized it wasn’t getting better and I told some of my friends, they immediately told me to make an appointment to have it looked at. I got angry at first that no one would agree with my decision to keep working on it as if nothing was wrong.

I was angry that it wasn’t getting better. I was angry I would have to spend money on a doctor’s appointment. I was angry at myself for not being more careful. Angry angry angry.

I bargained with myself, others who knew my foot was bothering me, and even the doctor. I said fine, I’ll wear the boot, but how about I still do a little bit of running? Or before I even went, I told my friends that I would find out what was wrong, but would not wear a boot. Anything to avoid actually accepting the inevitable.

Even though I knew my diagnosis was likely a stress fracture, I was still bummed out about it when I got the official news. I thought about all the things I would be missing out on, the boot I would have to wear, and the fact that I still had a month until I was hopefully back to normal.

I’m taking this week off from exercise and will likely only be doing upper body work when I return next week. There’s nothing I can do except take it easy, wear my stylish boot, and rest my foot.

Although it took me about three weeks to get there, I finally made it to acceptance. That’s a win for me because in the past, I never got past denial. I didn’t know how to express or feel anger, so it got buried and I denied anything was wrong at all.

Feelings are important. They tell us what’s going on and give us the opportunity to evaluate what’s happening. They’re a way to process and think about a situation, which we are unable to do if we don’t acknowledge them. Figuring out what’s happening allows us to move on, another thing we are incapable of if we don’t go through the process.

Most of the time for me, happiness is a decision. (Other times I need a little help). I can decide to let things bring me down or I can shift my perspective to find the positive in the situation. On that note, here’s my plan for the next month:

I’ll make sure to keep you guys updated, but the main thing to take away from today’s post is that without going through the tough feelings, you’ll never be able to get to the good ones.

An injury update – why you have to go through the tough times to get to the good ones!

14 comments on “Injury Update and the Five Stages of Grief”